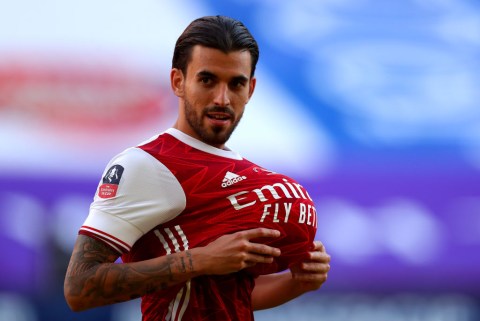 Dani Ceballos says there was no doubt in his mind about wanting to return to Arsenal, despite offers from Real Madrid and other Spanish teams to stay in La Liga for next season.

The midfielder impressed after being loaned from Madrid to Arsenal last campaign and made no secret of his desire to return to the club ahead of the 2020/21 season.


Zinedine Zidane made Ceballos wait over his future before sanctioning a second temporary move to Arsenal this week and the 24-year-old is delighted to be back at the Emirates.

‘I’m very pleased to be back with Arsenal where I had such a good time last season,’ Ceballos told the club’s official website after the confirmation confirmed on Friday. ‘I’m very happy to have come back to a club where I feel important.’

Ceballos reveals he had several options back home in Spain but insists a return to Arsenal was always his favoured move this summer window.

‘It’s true that I had other options, such as staying at Real Madrid and going back to the Spanish league, where there were teams interested in me,’ he added.


‘I spoke to the coach last year, before the FA Cup final, and told him that I wanted to stay at Arsenal and win titles. I’d been really happy with what Mikel [Arteta] had built at the club since I came in.

‘I had a great time at this club last season and there was never any doubt in my mind that I wanted to come back.’


Ceballos became a fan favourite with his displays in Arsenal colours, particularly towards the end of last campaign, and he admits the love and appreciation he’s received from fans played a vital role in his decision.

‘I think everyone will have seen last season that from the moment I joined I bought into the club completely and always gave 100 per cent both on and off the pitch,’ Ceballos continued.

‘The fans repaid me for that by showing me a lot of love… when I was at home they were sending messages asking me to come back and saying they needed me here.

‘I think they’ll be as happy as I am that I’m back and I’m sure we have a great year ahead of us this season. When the coach, the club, the players and everyone is asking you to stay for another year, you realise they see you as a good team-mate and a good player.

‘I feel proud that the club, the coach and, most importantly, the fans wanted me to stay, I didn’t doubt it for a second.’

Sat Sep 5 , 2020
Barcelona superstar Lionel Messi has opened up about the toll the last few weeks have taken on his family as he prepared to leave the club. The Argentine forward has now confirmed he will stay at the Nou Camp, but revealed he has been considering an exit away from the […] 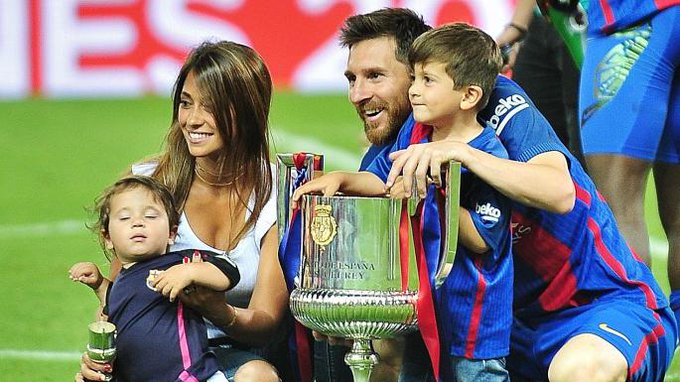