David de Gea is ready to quit Manchester United this summer window if they fail to meet his £350,000-a-week wage demands, according to reports.

The Spain international’s current contract expires at the end of next campaign and he has so far refused to put pen to paper on a new deal, with United unwilling to accept his demands.


However, Paris Saint-Germain are willing to pay him the full £350,000-a-week he wants and De Gea is preparing to leave Manchester unless they increase their offer.

PSG are hopeful they will land the 28-year-old this summer and are preparing a huge £60million bid, according to The Sun , while they would also make him the world’s best paid goalkeeper.

De Gea was thought to be optimistic after United’s improvement under Ole Gunnar Solskjaer and willing to sign a new contract, but he has become frustrated by United’s unwillingness to accept his demands.


The club will not want to lose him on a free transfer at the end of next campaign and could be forced to cash in should they fail to reach an agreement before the summer window.

Sun Mar 31 , 2019
Jürgen Klopp is hopeful on Virgil van Dijk’s fitness after the defender sustained an injury late on during Liverpool’s 2-1 win over Tottenham. Van Dijk collided with Moussa Sissoko while successfully defending a two-on-one Tottenham counter-attack in the 85th minute of Sunday’s gane at Anfield. The Reds went on to […] 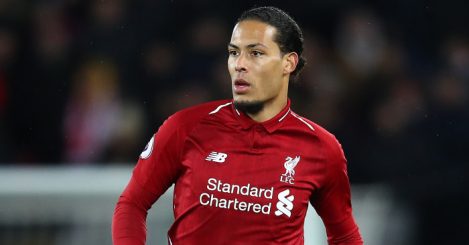