David de Gea has rejected Manchester United’s final offer and now looks set to leave Old Trafford as they weigh up cashing in on the goalkeeper this summer window.

The Spain international current deal with United runs out in 2020 after the club activated an automatic one-year extension earlier this campaign, with talks over a new deal having stalled.


Six-time Player of the Year De Gea has seen the huge contract handed to Alexis Sanchez and asked for a new contract worth £350,000-a-week to reflect his status in the team.

However, The Sun report that Manchester United made a final offer to extend his deal which De Gea has now unequivocally rejected, making the way for the 28-year-old to leave the club.

De Gea made it clear to United that he has no intention of extending his deal beyond next campaign under the current terms, with the pressure now on United manager to either cash in on him or risk losing him for nothing.

Although De Gea had a disappointing campaign by his usual high standards, making some high-profile errors, Though he still has plenty of suitors from around Europe.

Paris Saint-Germain would be willing to spend £60m to land the Spaniard despite only having one year left on his deal, while they are also prepared to wait until next summer window to sign him for free if United decide to hang onto the goalkeeper.


De Gea’s teammate and friend Ander Herrera has already reached an agreement with PSG to move to the French capital when his own deal expires next month.

The news is a huge blow to Ole Gunnar Solskjaer’s hopes of rebuilding the team, having counted on the Spaniard as one of the important figures in his team, both on the pitch and in their dressing room.

United’s failure to qualify for next season’s Champions League is believed to have contributed to De Gea’s decision not to sign a new contract, and it is possible his final game for the club will have come in the 2-0 defeat to Cardiff City.

Wed May 22 , 2019
Maurizio Sarri threatened to leave Chelsea if he needs to beat Arsenal in the final of the Europa League to save his job at the club. SunSport have claimed that Juventus are ready to make a move for the Italian and offer the Blues boss the vacant post in Turin after […] 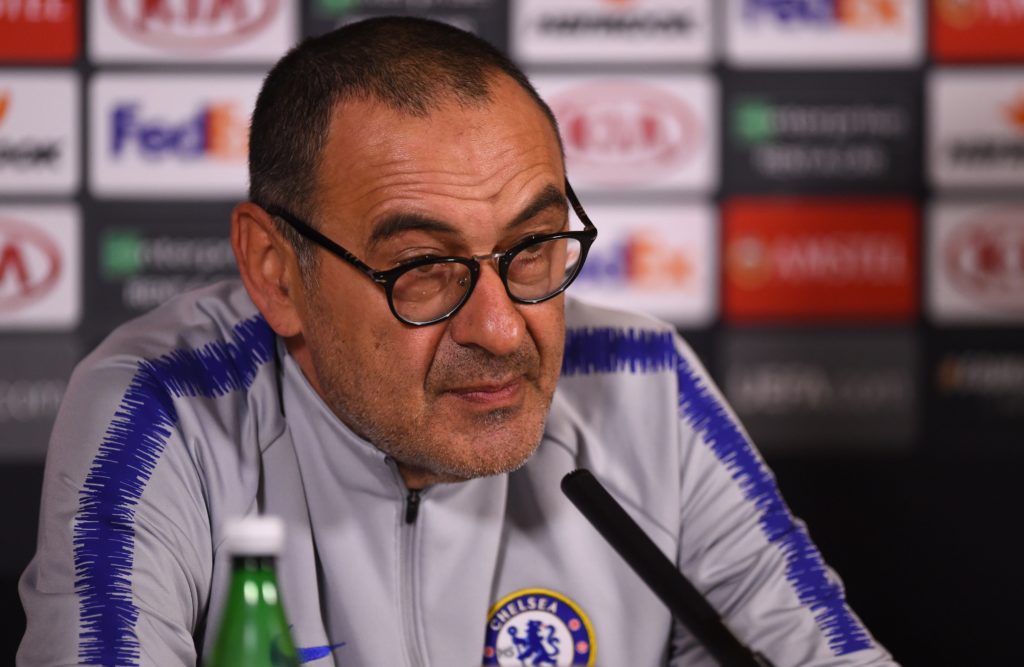