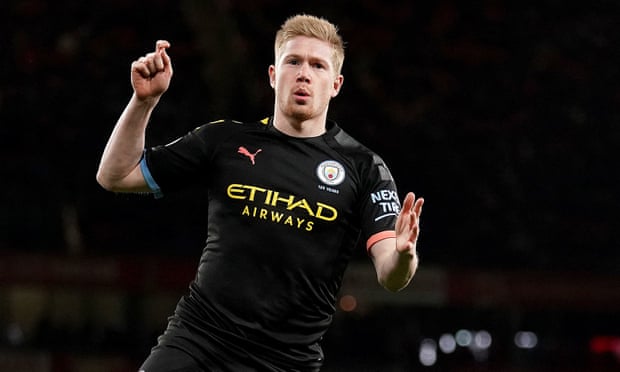 City were out of sight by half time as De Bruyne struck twice while Raheem Sterling also scored to secure a 3-0 victory for the Premier League champions at the Emirates Stadium.


Arsenal were unable to keep City at bay in the opening 45 minutes and the Gunners were fortunate to only be three goals behind by the break.

But De Bruyne claims City were able to exploit a weakness in Arsenal’s system as Pierre-Emerick Aubameyang, Mesut Ozil and Nicolas Pepe failed to provide enough cover when the Gunners did not have the ball.


Asked if he was surprised by Arsenal giving City’s attackers so much space, De Bruyne said after the match: ‘We saw up front in the videos… the attackers they try to press up but when we pass their front four they really don’t help the Arsenal defence.

‘So they always stay with four up front, except [Gabriel] Martinelli who comes [back] a little bit more.

‘So we always get spaces somewhere over the pitch.

‘I think it’s really difficult for the six defenders to control that because obviously you can come from everywhere on the pitch.


‘I think they left some open spaces and we exploited them really well.

‘Obviously, when you’re 3-0 up it makes the game a little bit more easier for us.’

Thomas Muller: Chelsea are not performing

Tue Dec 17 , 2019
Bayern Munich star Thomas Muller feels Chelsea are “not performing” after they were drawn to play against the German side in the Champions League last 16. Frank Lampard’s team face Tottenham on Sunday after four defeats in their last five top-flight games to Manchester City, West Ham, Everton and Bournemouth […] 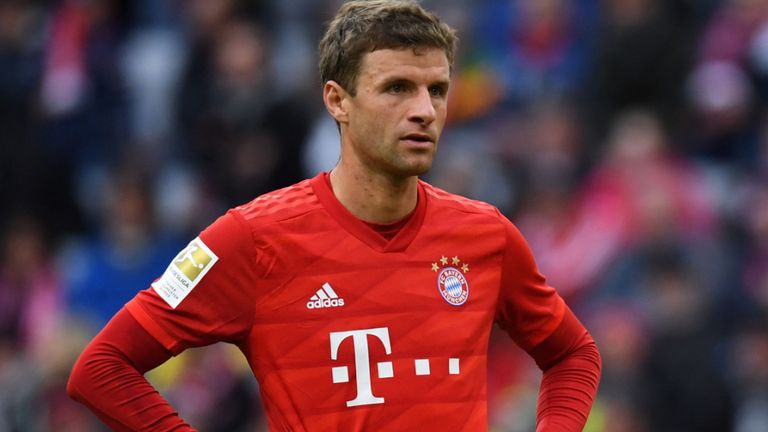