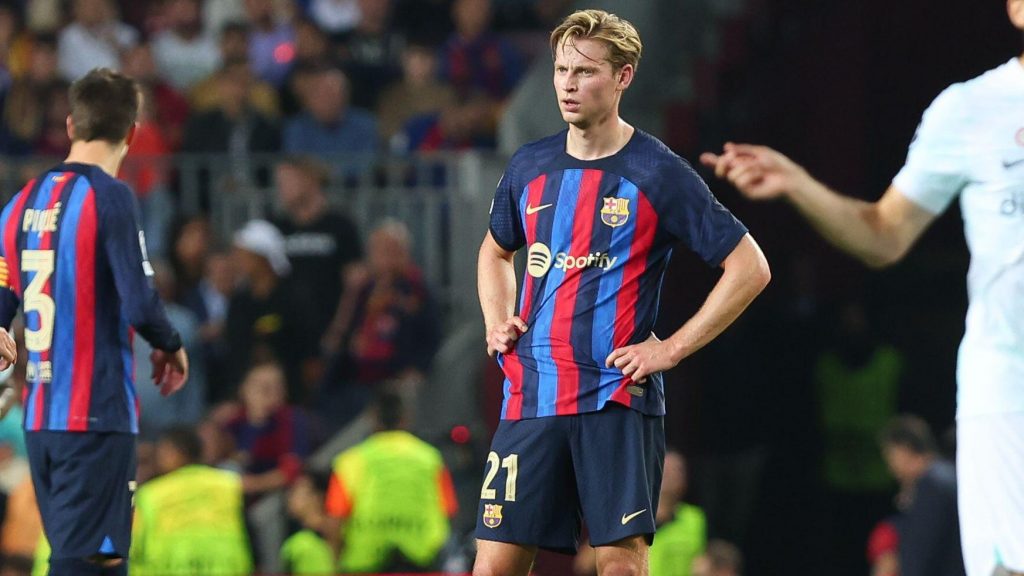 Frenkie De Jong says he never wavered in his decision to stay at Barcelona, despite the ‘pressure’ from the Catalan club to leave during the summer.

The Holland player was chased all summer by Manchester United, with Erik ten Hag desperate to build his midfield around the 25-year-old.


Bayern and Chelsea were also credited with an interest, while Barcelona were ready to sell to help relieve their financial issues.

Barcelona accepted an offer from United but De Jong was reluctant to leave, especially while he was still owed a substantial sum in deferred wages.

The La Liga leaders threatened to take legal action over a contract renewal the player was given by a previous regime, but De Jong stood on his ground.

“I was calm,” he told Ziggo Sport while reflecting on a fraught summer. “I decided in May that I wanted to stay. My opinion has never changed during this entire period.


“I stayed calm. But then you know the pressure would start to come… Yes, from the newspapers, from the president, exactly. From everywhere actually. But I wanted to stay at Barca so it never baffled me.”

The Red Devils eventually accepted defeat and spent their money on Casemiro instead. But De Jong may consider changing his mind after a frustrating start to the campaign.


The midfielder has started only four matches in the Champions League and La Liga, sitting on the bench for the club’s biggest games. He looks set to start Sunday’s Clasico against Real Madrid as a substitute.

“I want to be a starter again. Against Bayern, I was not a starter and I hope to be against Real Madrid. Maybe he [Xavi] has already decided, but normally we don’t know until the day of the game.”

De Jong has been reassured over his Holland place ahead of the World Cup later this year but Louis van Gaal has warned the midfielder to maintain his fitness.

“I have let go of that dogma [only picking players who play regularly for their club] for a long time, otherwise I would not have selected Steven Bergwijn, for example. Memphis Depay and De Jong are two very important players who have left.

“I have encouraged them: I will keep a place for you for as long as possible. free, but you have to be fit. The fact that the Dutch national team is not a rehabilitation centre certainly applies to the World Cup, but I have to trust that they are fit when they say that.

“They have meant so much to this Dutch team, I have to reserve a place for that. Because we are 26, I can easily select players. In 2014 I did the same with Georginio Wijnaldum. One has earned more pluses than the other.

“Memphis has scored goals and provided assists and has been so important, just like De Jong. His qualities to be able to cope with the pressure of the opponent We are not the only ones who put pressure on the ball, several countries do that.

“Frenkie de Jong is a determining factor. That’s why I look at being complementary to De Jong, but I also see if I can find someone else for it because we have to be prepared. You never know how a hamstring injury will turn out.”

4 months ago
Kevin De Bruyne concedes he hopes Arsenal can last in this season’s title race – as long as Manchester City come out on top. After the first quarter of the campaign, the Gunners sit atop the league table, one point clear of City. Arsenal face Leeds United on Sunday and […] 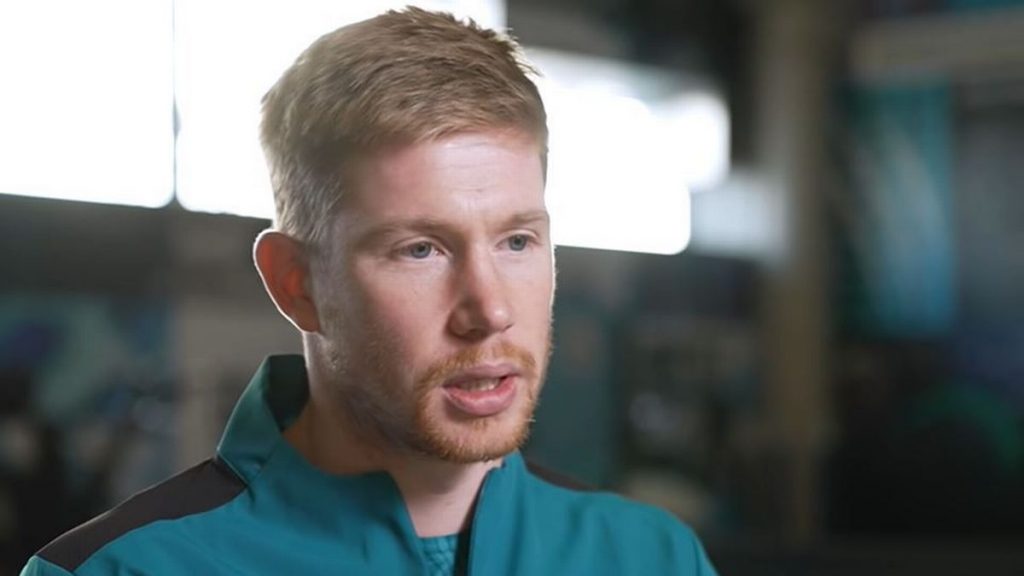