Daniel James’ £20m transfer to Manchester United has been hit by a family tragedy.

The Swansea City starlet’s father has passed away suddenly at the age of 60.

Although Manchester United will still complete the signing of James, the youngster and his family need enough time and space to deal with the loss.


The 21-year-old was due to complete the transfer this week after the Red devils opened talks to sign him up from the Liberty Stadium.

United have understandably told Daniel James and his family to take enough time as they need to come to terms with the unexpected loss of his father.

Although James’ father had been ill, However nobody in the their family expected him to pass away so suddenly.

James has previously spoken of his pride about his family’s support and influence in the early parr of his career. His father watched his debut with Wales on TV when he made his bow in Albania last November.


The winger then scored his first ever international goal in their 1-0 Euro 2020 qualifying victory over Slovakia.

Ryan Giggs was able to select James because his father was born in Aberdare and Wales can thank his late father if he fires them to another major tournament next summer.

James has been spectacular for the Swansea this campaign – chipping in with five goals and 10 assists in 38 matches.


He almost joined Leeds in the January window on deadline day only for the deal to be dramatically cancelled, with Whites owner Andrea Radrizzani left furious.

Thu May 23 , 2019
A WhatsApp message recorded by Emiliano Sala has been released to the public, in which the deceased striker reveals that he was not interested in a transfer to Cardiff and claimed Nantes owner and president Waldemar Kita was just interested in the money. Much has been written about the untimely death of […] 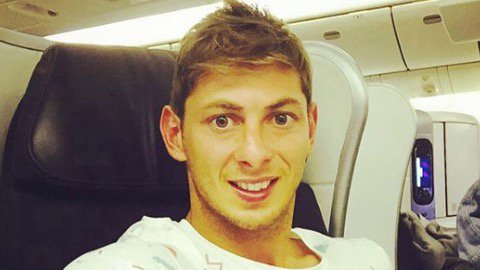