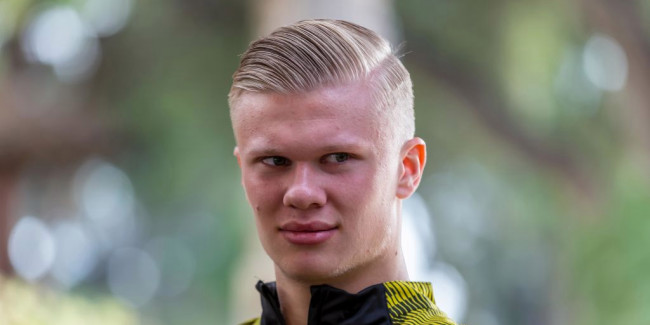 Borussia Dortmund have set a mouth-watering £150m asking price for Erling Haaland, according to ESPN FC.

Despite only just 20, Haaland is considered one of the best players in Europe, having scored 49 goals in 49 games for Dortmund.


Man United, Chelsea, Real Madrid and other top European sides have all expressed interest in signing Haaland, but he will cost more than £150m this summer

The Norwegian netted 27 goals in 29 games for Red Bull Salzburg before his move to Germany and is being linked with another transfer after a sensational season for Dortmund.

Despite Haaland’s displays, Dortmund have struggled in the league this season, and are currently fifth in the table, 18 points behind leaders Bayern Munich.

Haaland was asked about his future last week and said: ‘I still have three years of contract [at Dortmund]. I am not worried about that.’


The Red devils are in search for their long-term striker, with Edinson Cavani edging towards an exit from Old Trafford this summer.

Chelsea are also looking to bolster Thomas Tuchel’s attacking options, with Timo Werner struggling in his first campaign in the Premier League.

‘I don’t like to talk about players that come from other teams but this guy, we [United] can’t afford to let this guy go anywhere else. His only destination is England.

‘It’s the only place he is going. If he goes anywhere else I will be so surprised. He obviously loves English football, his dad played here.

‘It’s one of his dreams to come and play in England, I’m sure. Why not in the red shirt at Old Trafford. Be the guy that brings trophies back to Old Trafford.’

1 month ago
Manchester United have made an approach to sign Atletico Madrid player Marcos Llorente, according to reports. The 26-year-old midfielder has been an important part of Atletico Madrid’s efforts to win the La Liga title this campaign. The Spaniard has scored nine goals and has eight assists in the league for […] 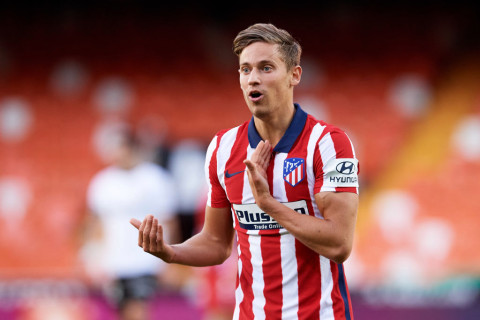