The Ivory Coast winger arrived in a deal that could reach a reported €80 million from Lille in the close season but has been limited to substitute appearances in victories over Newcastle and Burnley.


Arsenal boss Emery has been reluctant to thrust the 24-year-old attacker into action due to a lack of pre-season preparation at the club.

But Emery hinted a more important role is possible for Pepe against Liverpool as the only two clubs with 100 per cent records in the Premier League play at Anfield.

“The most important thing is, like a person, to help him and his family to feel comfortable here. Now he is three weeks into working here with us,” Emery said of Pepe.

“He didn’t do the pre-season here but he’s progressively feeling better. For example, in the first match, he played 15 minutes in Newcastle, then he played 45 minutes against Burnley.


“I think his individual performances are progressively getting better. For Saturday, he is maybe ready to have more minutes.

“I am going to decide tomorrow, but really his progress has been positive and has been good for the team and for him.

“The most important piece of the adaptation is to help him to feel easy and be comfortable with us.”

Emery, who will also make a decision on Friday over the availability of Mesut Ozil and Granit Xhaka, has led the gunners to two opening league wins for the first time in a decade.


“Each match is a big challenge and each match is for us to prepare best as possible. The idea is to continue creating in our way and style,” he added.

“We need to be strong and also we can recover some players to be fit. I think we are closer to achieving everyone being ready to play, but we need some more time.

“For Saturday, we are in good spirits and our players are ready to play with big ambition to do something important.


“It’s going to be a different game to Burnley because the team is different. They are going to demand different tactical issues, but we want to play and show how we are now.

“It’s a big test to show their capacity and our capacity.”

Fri Aug 23 , 2019
N’Golo Kante is a major doubt for Chelsea’s trip to Norwich on Saturday, with head coach Frank Lampard confirming he has been carrying an ankle sprain. The France international is believed to have picked up the injury during last weekend’s 1-1 draw with Leicester. Though he completed the match at Stamford […] 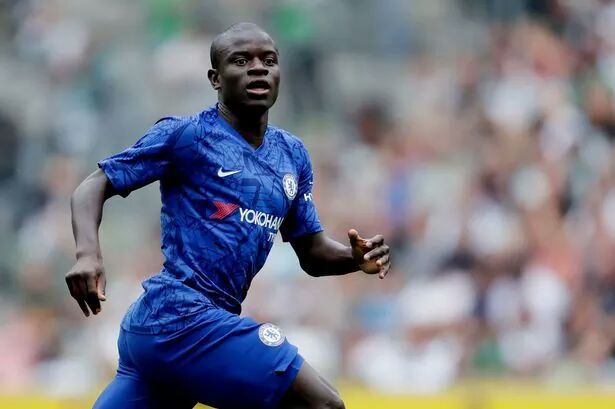