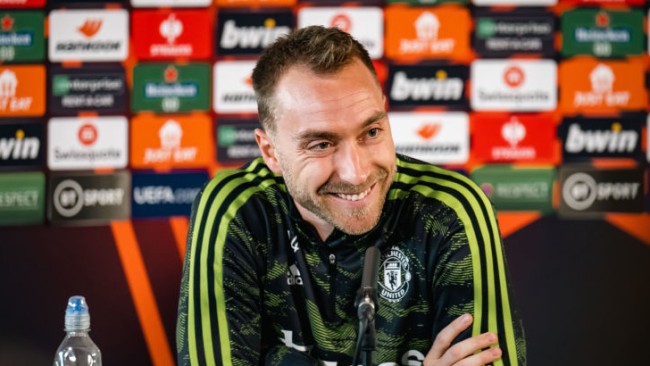 Christian Eriksen has named the Manchester United player he loves playing with and told his team-mates how they can compete with Man City and Liverpool.

United are slowly but establishing themselves as a consistent team under Erik ten Hag and Eriksen says the players are ‘starting to believe’ that they can challenge under the Dutchman.


The Red Devils lost their opening two matches of the campaign but have won six from nine since then to climb up to sixth in the Premier League table, one point outside the top-four places.

Man United drew 1-1 with Chelsea on Saturday and it was Casemiro who scored the injury-time equaliser to deny Graham Potter’s team the three points.

Eriksen is relishing his new midfield partnership with Casemiro and says he is not surprised the Brazilian star has made an instant impact at Old Trafford.

‘I think you can see in the games – we like playing together,’ Eriksen said ahead of Manchester United’s Europa League clash with Sheriff Tiraspol on Thursday night.


‘Of course we’re still getting to know one and other on and off the pitch, but he’s a nice guy off the pitch as well, and on the pitch I think football knowledge people know he’s been playing games like this for last eight years at Real Madrid. ‘So I’m not surprised he can cope. It’s lovely to play with him.’


‘I have the feeling the players feel it and the fans do,’ Eriksen said. ‘I even think you guys [the media] believe it a bit.

‘I think you can see the development in the games of how we play, there’s a bit of a rising. I think we’re starting to believe it.

‘Obviously there’s a lot of things that we need to do better, things we can change, but I think overall we’re on the right path.’

The problem for United is they are competing not only with current Premier League leaders Arsenal but Man City and Liverpool, who have been two of the best clubs in the world in recent years.

Asked how United can get to the level of City & Liverpool, Eriksen added: ‘I think they’ve played together for many years, had the consistency for many years.

‘A lot of new guys have come in here. It’s up to us to show that consistency to be out there, stay out there and not get many downs. We need to show our consistency before we can compare.’

Henry sends Premier League title warning to Arsenal: ‘I’m not getting carried away’

3 months ago
Thierry Henry has explained why he is refusing to get ‘carried away’ with Premier League leaders Arsenal and their superb start to the campaign. Arsenal’s best ever start to a league season has seen Mikel Arteta’s team move two points clear of defending champions Manchester City. The Gunners have only […] 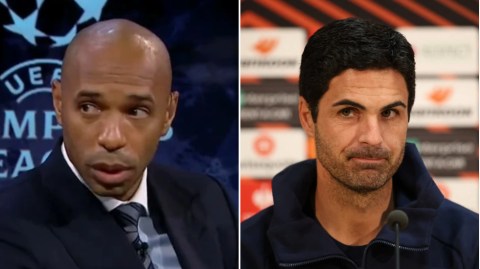