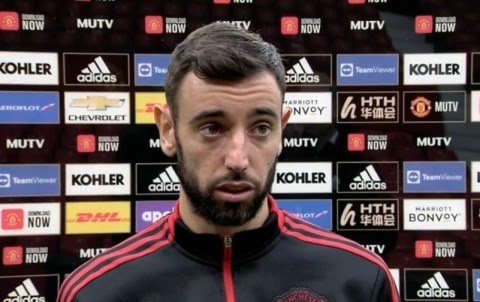 Bruno Fernandes has criticised his Manchester United teammates over making repeated ‘mistakes’ after their 1-1 draw with Everton on Saturday afternoon.

The Red devils started brightly at Old Trafford and were ahead by the break through Anthony Martial’s goal.


But Everton levelled the game in the second half after a quick counter-attacking move which Andros Townsend finished.

However, United struggled to create clear-cut chances in the second half and Fernandes believes he and his teammates are at fault for playing at a slow tempo in the match.


‘I think it’s really difficult for us, I think we played really well first half, created a lot of chances,’ Fernandes told MUTV.

‘In the second half we slowed it down again, once again we made that mistake. ‘We have to learn, the time is now because we cannot do this any more.

‘We did it so many times, we cannot slow down the game when we are winning. We have to make it quicker, score once again, one or two goals, then after slow it down and make them run a little bit more.’

Fernandes also believes Fred was not the only player to blame for Everton’s equaliser after the Brazilian midfielder was barged off the ball by Demarai Gray in the build up leading to the goal.


‘It was a really bad corner from me, we didn’t close down well enough outside of the box, we don’t clear the ball, we don’t make the foul… many mistakes, starting with my corner,’ said Fernandes. ‘We should learn because it’s not the first time it’s happened.

‘We have to make a foul, stop the game, I have to take a better corner… many, many things have to be done better.’

When asked to speak about  the start United have made to the new campaign, Fernandes said: ‘Not good enough, of course.

‘We should have more points. But it’s what we have now, we have to look forward for what we can do from now until the end of the season. ‘We still have a lot of games, we haven’t lost anything, we have to carry on fighting for everything.’

12 months ago
Cristiano Ronaldo was in no mood to hang around, as he headed straight down the tunnel, after Manchester United’s 1-1 draw with Everton at Old Trafford. The Portugal international was left on the bench for the game, with Ole Gunnar Solskjaer explaining before the start of the game that he […] 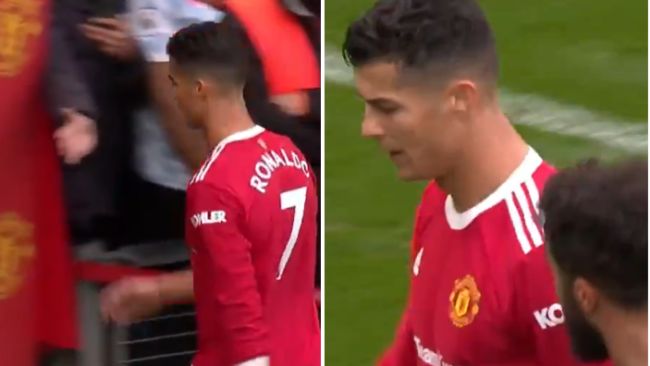