Jose Mourinho has aimed another dig at the club fans following his Manchester United’s 2-1 win over Tottenham in the FA Cup semi-final.

Tottenham started the stronger side at Wembley and were in front after just 11 minutes as Dele Alli converted from Christian Eriksen’s cross.

But United were level by the break through Alexis Sanchez after a cross from Paul Pogba.

Mourinho, meanwhile, has criticised United’s fans on several occasions this campaign, with the most recent being the harsh reaction from fans to decisions made by Scott McTominay during matches.


‘I think you don’t get strong with happiness in negative moments, with ‘let it go because we just lost football match’,’ Mourinho told MUTV.

‘I think you grow up with criticism and pressure an intense work mentally and physical and I think we are growing up and two very good performances this week using almost every player of the squad.

‘Everyone is really happy to go back to Manchester with a place in the final.


‘So I think we are trying to find this balance of a group with quality but with that mental toughness.

‘I think we need a bit more from Old Trafford and looking to the next season, its not possible to do it without a better Old Trafford.’

Mon Apr 23 , 2018
Paul Pogba has refused to dampen speculation linking him with exit out of Manchester United this summer. United’s club record signing has performed inconsistently this campaign and a move away from Old Trafford has been speculated. Pogba did put in a fine performance against Tottenham in the FA Cup semi-final at Wembley […] 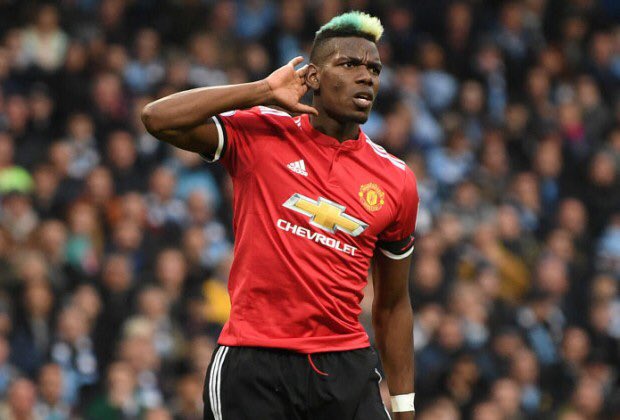