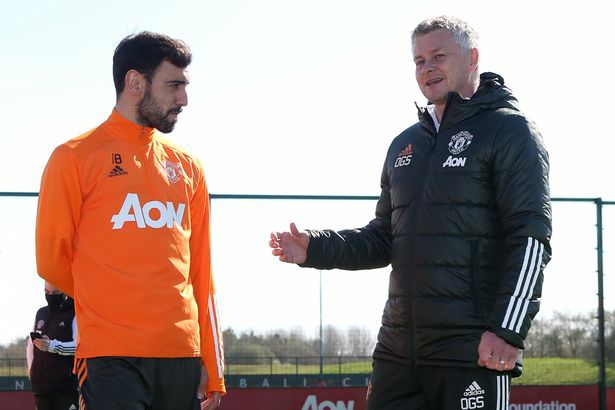 Manchester United midfielder Bruno Fernandes is convinced the club are on the right path to be crowned Premier League champions again.

The Red devils have not won the league since Sir Alex Ferguson stepped down as a manager after winning his 13th Premier League title in 2013.


Since then, David Moyes, Louis van Gaal and Jose Mourinho have all tried and failed to win the title, with Ole Gunnar Solskjaer the latest to try.

United finished in third position last campaign and are likely to finish second this term, with Fernandes convinced the club can go one better next year and challenge for the league title.

“I think honestly the team has improved a lot since I arrived,” said Fernandes. “I feel the improvement, but I think the team is improving since the coach arrived. He’s trying to put his hand on the team and make it better and better.


“Sometimes it falls down, but it’s trying to be consistent. “I think Manchester United has to be a contender every season for the title, for every trophy and not just for the Premier League – for every trophy.

“I think the team can do better and we know that. We have to improve and keep on improving, like I’ve said, if we want to be champions. We have to be the best version of ourselves.”


Fernandes, speaking in a Q&A session with United supporters, added: “Winning trophies is the most important thing I have in my mind now. For every player, I think it’s really important winning trophies.

“That’s the thing you’ll remember more when you finish your career – the trophies you won, the friends you’ve made, the good moments you passed.

“Winning trophies is with your team-mates, so you work as hard as you can to help your team and your team-mates to make all that work in the training ground into giving some joy.”

Mourinho mocks Liverpool on anniversary of Gerrard's slip against Chelsea

2 months ago
Jose Mourinho has aimed a swipe at Liverpool on the anniversary of Steven Gerrard’s infamous slip against Chelsea. Demba Ba capitalised on a mistake from Gerrard to help secure a win for Mourinho’s Chelsea at Anfield, which ended Liverpool’s Premier League title hopes in 2014. During the game, Mourinho also […] 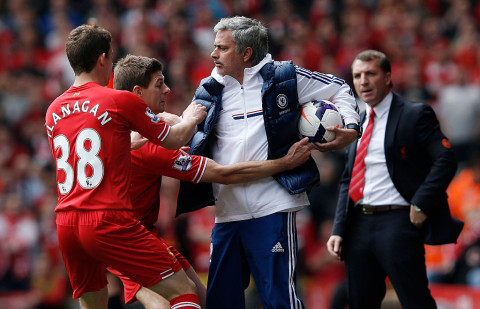