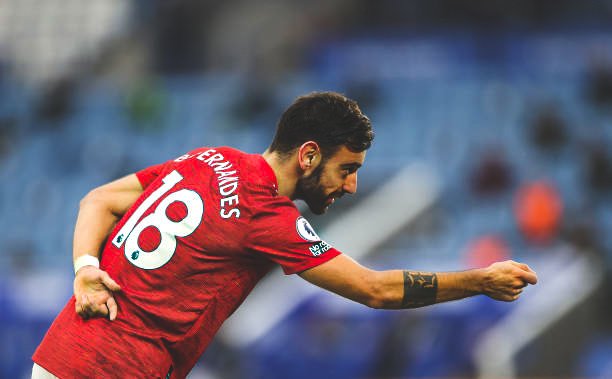 Bruno Fernandes has made fun of Manchester United team-mate Fred, saying he will have to wait ‘a year’ for his next goal after netting a rare strike against Tottenham last weekend.

Fred scored United’s equaliser on Sunday and Edinson Cavani and Marcus Rashford both got goals shortly after to secure a 3-1 victory for the Red devils.


Fred’s goal was only his fourth for Manchester United since he joined the club from Shakhtar Donetsk in 2018 and his first in the Premier League in 31 months.

After cancelling Son Heung-min’s first-half goal, Fred was greeted by a friendly shove from Fernandes during the team’s celebrations.

‘So [it was] because Fred normally never scores!’ Fernandes, who has scored 24 goals this campaign, told MUTV. ‘So, when he scores, we have to do something different.

‘It will be the next goal in one year because I think the last one he scored for us was against Club Brugge, one year ago almost or maybe more. ‘We have to make something to remember that goal.‘


Fred, meanwhile, says he is aiming to provide more goals for the club after getting the equaliser against Spurs.

‘Very happy about the goal, my first goal of the season,’ he said. ‘I know my job is not scoring goals but when I score goals I am feeling very happy. ‘I am going to keep trying to get more this season.’


Manchester United’s win over Tottenham saw them move to 63 points from 31 matches and 11 points behind Pep Guardiola’s Manchester City.

Ole Gunnar Solskjaer’s side will play Spanish side Granada in the second leg of their Europa League quarter-final tie on Thursday, having won the first leg 2-0.

Zidane speaks out on facing Chelsea in Champions League semi-final

Thu Apr 15 , 2021
Zinedine Zidane has warned his Real Madrid team they cannot afford to be distracted ahead of their meeting with Chelsea in the Champions League semi finals while their La Liga fate hangs in the balance. The Spanish champions advanced to the last four of a competition they have won three […] 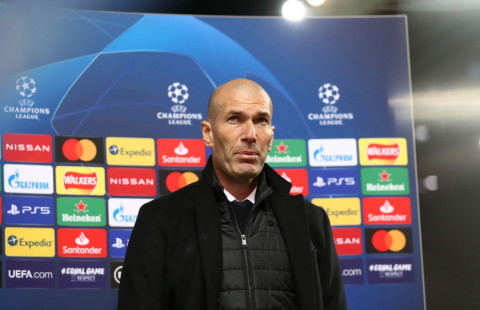