Olivier Giroud has explained the major difference between Antonio Conte and his former boss Wenger.

The France international scored 105 goals during his six years at Arsenal before securing a £18m move to Chelsea in January.

Giroud failed to find the net in his first two games for Chelsea before finally scoring a goal in their 4-0 victory over Hull City.

When quizzed about the difference between Conte and Wenger on the touchline, Giroud told BT Sport: ‘Yeah, from the first game when I was behind bench I was watching the game with big attention.


‘But the coach just a few metres from me – it was special. You can feel he’s still a player in his head. You can tell he wants to help us on the pitch and he can’t just sit on the bench.

‘Strikers need a human relationship with the coach, it’s nice to have confidence with him and you want to give back.’

Giroud also said that he signed for the Blues in January to win silverware.

‘I’m here to win trophies and help the team reach our targets,’ he said.


‘I know the blue shirt well from the national team. My friends say that it suits me well.’

The Frenchman played 61 minutes of Chelsea’s victory over West Brom and thinks the performance was the perfect response after two bad results.

‘It can happen but the most important thing is to bounce back.

‘We must do job then think about next games.’

Sun Feb 18 , 2018
Jose Mourinho was involved in a huge dressing room tirade with Manchester United stars Paul Pogba and Phil Jones, according to reports. The Portuguese was compelled to defend his relationship with Pogba following the Frenchman’s series of underwhelming performances. Pogba was not in the squad that defeated Huddersfield in the […] 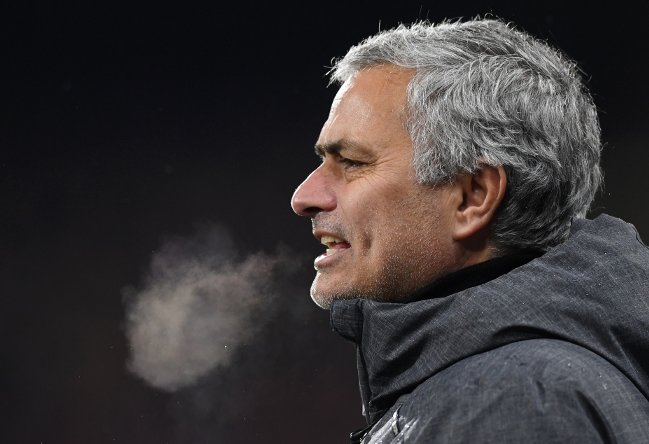