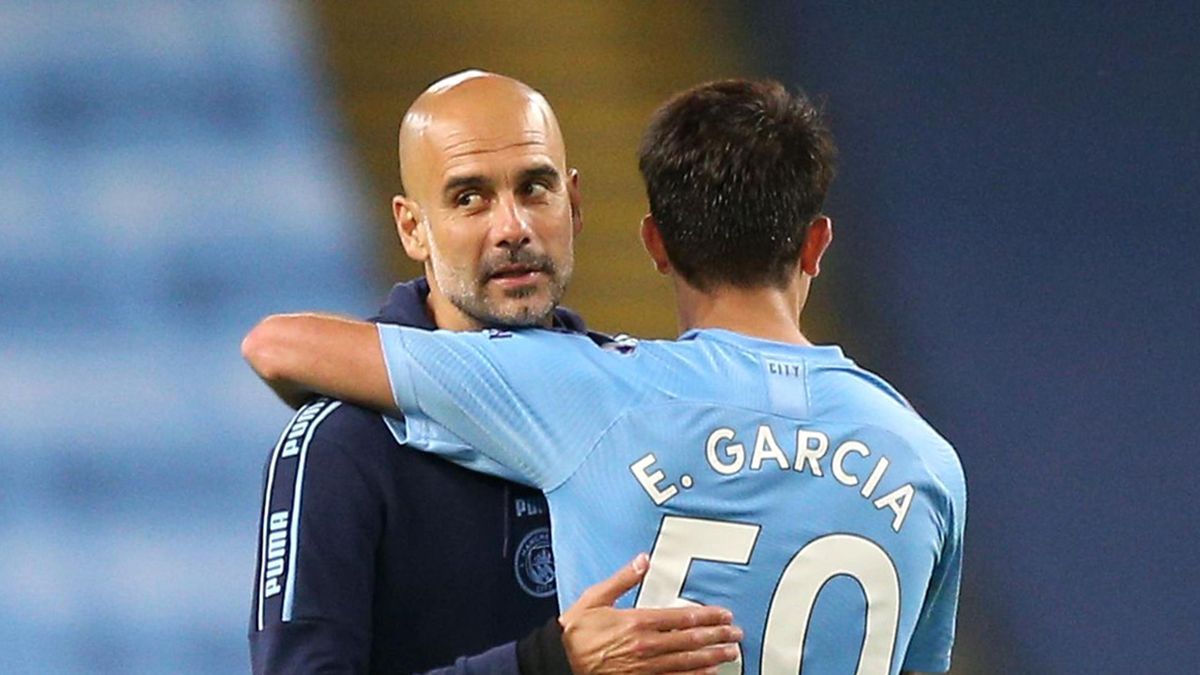 Pep Guardiola will definitely have caught many by surprise after Manchester City’s Carabao Cup final win over Tottenham as he announced that Eric Garcia will join Barcelona on a free transfer in the summer.

Garcia has started just two games in the Premier League this season and was left out of Guardiola’s squad this weekend as City claimed their fourth straight League Cup through Aymeric Laporte’s header at Wembley.


The 20-year-old, who has been capped seven times by the Spain national team, is reported to have been frustrated by a lack of regular game-time at the club and City’s attempts to make him sign a new deal have been unsuccessful.

Garcia rose through Barca’s academy ranks before moving to City in 2017 and Guardiola – speaking at his post-match press conference – confirmed the player’s intention to return to the Nou Camp when his contract expires in June.

‘You cannot arrive with just 11, 12 or 13 players. It’s impossible, especially this week,’ Guardiola told reporters at his post-match confeence when asked about Raheem Sterling being in and out of the team.

‘So we rotate six, seven, eight players and there are players who even don’t play much who I think about all the time.


‘For example, Eric Garcia is one of my favourite players. I would love to have 15 Eric Garcias for the way he conducts himself, his behaviour. He’s always thinking in the team.

‘It’s always a good phase, he helps the manager and the backroom staff all the time and I would love it… ‘He will go in an incredible team and when the people say the people are unsatisfied if I don’t play them…


‘I think with Eric, like most of the times, he’s not on the bench because he’s going to move to Barcelona, I hope so. But I think of them. It’s tough but it is what it is.’

Garcia looked to have made a breakthrough towards the end of last campaign as he established himself as a regular in City’s defence alongside Laporte.

But John Stones’ revival has seen Garcia out of the team this season and the young Spanish star looks likely to have played his last match for the Premier League leaders.

2 months ago
Manchester United manager Ole Gunnar Solskjaer has defended Harry Maguire after he was heard calling Fred a ‘f***ing idiot’ during Sunday’s stalemate against Leeds United. In a largely boring game at Elland Road lacking in quality, Maguire’s clearly audible tirade at Fred midway through the second half became the main […]