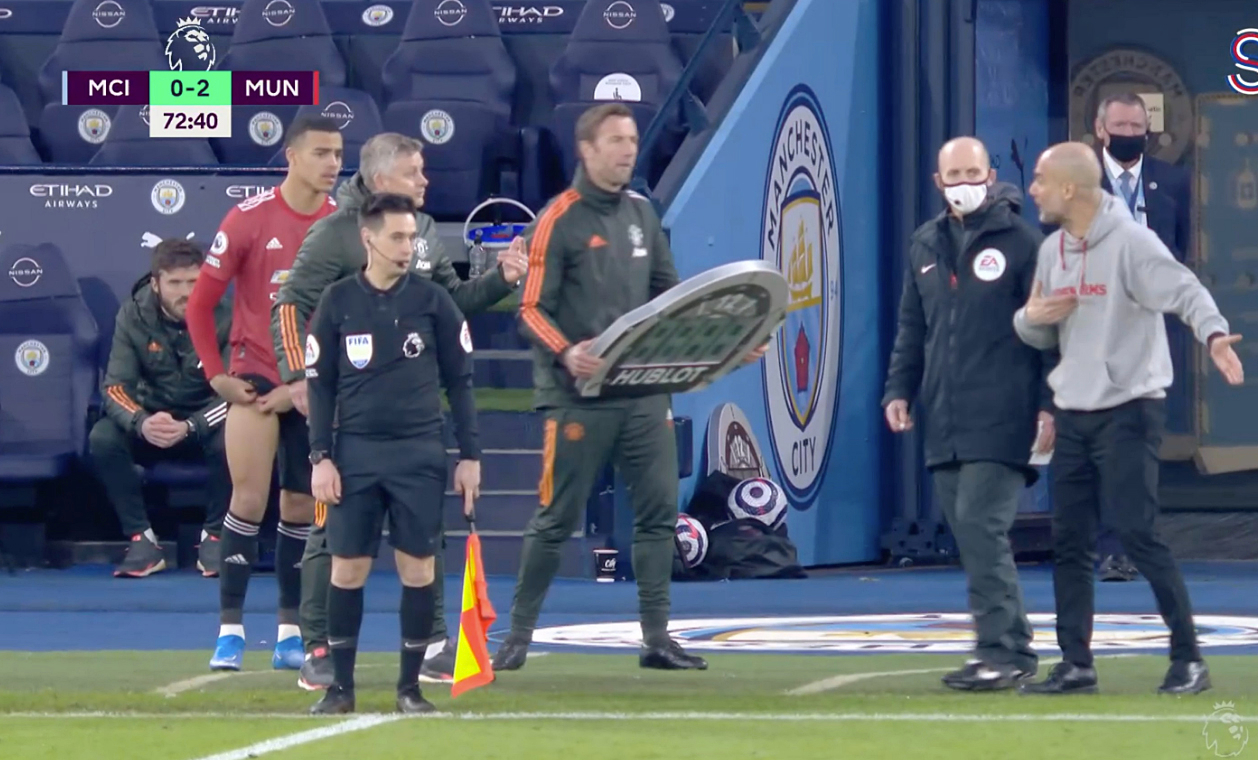 Manchester City manager Pep Guardiola insisted everything is resolved between him and Ole Gunnar Solskjaer after the duo were involved in a touchline row during the derby.

The Red devils shocked City to end their 21-game winning run with a 2-0 win. Gabriel Jesus handed United the chance to go ahead in the opening stages of the match after he fouled Martial in the box.


Bruno Fernandes got the first goal from the penalty spot, despite Ederson getting a hand on it. Luke Shaw then scored United’s second goal to secure the three points for Solskjaer’s side.

During the game, Guardiola and Solskjaer could be seen having a heated argument on the touchline, as United prepared replace the injured Rashford with Greenwood.

Henderson kicked the ball out in order for Greenwood to come on, but Man City took a throw-in and kept the ball before the player was ready to enter the field, which prompted an heated argument between the two coaches.

But, Guardiola shut down a question about the exchange in his post-match interview, he said: “No problem, no problem, it’s solved.”


The two coaches had their arms around one another but both could be seen trying to express their points, before the game continued.

Guardiola was happy with the way his team played during the contest but said they put themselves on the back foot with the early penalty.


“We played a fantastic game, lots of shots,” the City boss said. “Starting that way punishes us a lot when a team like Man United defend, sit back, for the counter-attack. They press incredibly high but when you break this, they get back quickly. Like Solskjaer said: the history of Man United, the counter-attack and the pace.”

Mon Mar 8 , 2021
Watford keeper Ben Foster has spoken about the best and worst players he played with – and against – in a Q&A, declaring Diego Costa the most horrible opponent he had ever faced. The 37-year-old, who has played for four different Premier League clubs starting with Manchester United some 16 […] 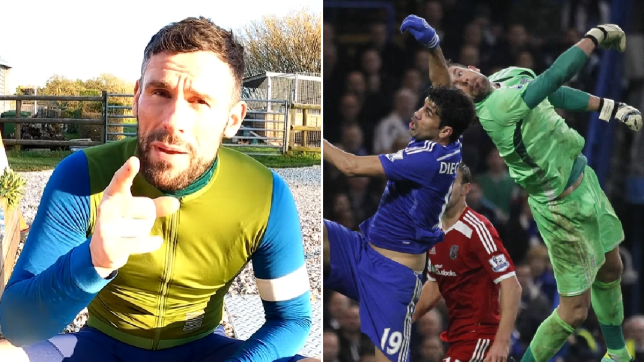