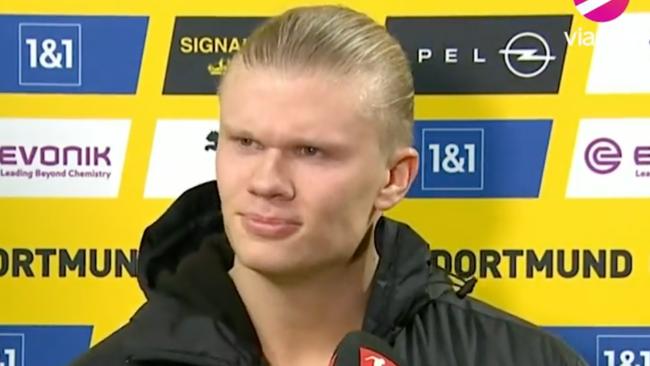 Erling Haaland says he will be forced to decide his future ‘soon’ as Dortmund have been putting ‘pressure’ on him to make up his mind regarding the next chapter of his career.

The 21-year-old has established himself as one of the best attacking players in football over the last two years at Dortmund, but the Bundesliga side are aware they face a huge battle to keep hold of him.


The Norwegian has a £64m release clause in his contract at Dortmund and Europe’s big teams are queuing up for his signature, with Manchester City, Manchester United, Barcelona and Real Madrid all known to be interested.

But, Haaland still has two-and-a-half years left on his current deal at the club and BVB are in no rush to part with the striker, who has scored 21 goals in 18 games this campaign.


Two of these goals came in Dortmund’s 5-1 win over Freiburg on Friday, but the youngster cut a frustrated figure as he spoke with Viasport’s Jan Aage Fjortoft shortly after the game.

‘The last six months I have chosen not to say anything out of respect for Dortmund, but now the club has started to press me into making a decision,’ Haaland said when asked for an update on his future.

Haaland added: ‘As I said, they have started to put a lot of pressure on me and I have to accept that.


‘I have chosen not to say anything out of respect for the club and the fans, but now it says itself that a lot of pressure is coming from the club so now is the time to get things started.’

Haaland said he did not appreciate being made to decide his future midway through the campaign during a ‘difficult period’ for Dortmund, with matches coming thick and fast.

Asked whether he may be forced to decide his future as soon as possible due to Dortmund pressure, Haaland replied: ‘Yeah, that is what they want.

‘It means that things will happen now. I have said from the beginning that I want to focus on football because that is when I am at my best, not when other things come into my mind.

‘So yeah, now they have put pressure on me for a while and it’s time to get things started.’

Pressed on when he would like to make a decision, Haaland said: ‘Not now, because we are in the middle of a difficult period with a lot of games. ‘All I want to do is to play football, but I can’t do that now.’

1 week ago
Fiorentina have begrudgingly accepted they are ready to sell Dusan Vlahovic after Arsenal made a €70m (£58.5m) bid to sign the striker, according to reports. The Gunners are planning for future without Aubameyang and Alexandre Lacazette – who are both out of contract at the end of the campaign – […] 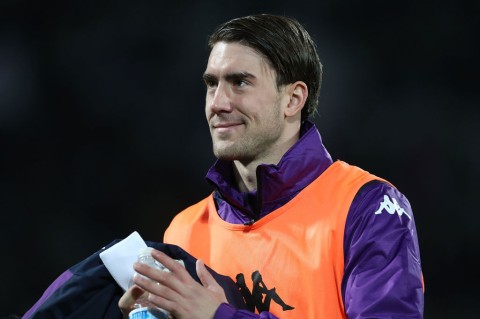