Harry Kane has conceded Cristiano Ronaldo has put pressure on him to score ahead of England’s World Cup game against Tunisia.

Ronaldo scored a hat-trick in Portugal’s 3-3 match against Spain in Group B, with a spectacular free kick securing an important point in the closing stages of the game.


While Ronaldo’s outstanding performance wasn’t enough to get a victory, he single-handedly helped his team to a draw against Spain with his three goals.

‘For sure, he’s put me under a bit of pressure. He’s a fantastic player who had a fantastic game,’ said Kane.

‘Hopefully I will score a hat-trick tomorrow and we’ll both be level. But it’s not something I’ll be thinking about until later in the tournament. It’s about concentrating on the team.’

Kane will captain England in their opening match on Monday, before Gareth Southgate’s team attempt to secure qualification to last-16 with gamea against Panama and Belgium.


The striker has played down the expectation of captaining the tem, saying it’s even gingered him in training.

‘I’m enjoying it for sure,’ Kane added. ‘I’m still the same person and team-mate, but I’ve been scoring a few more goals in training, perhaps.

‘I’m proud to be England captain and excited to get going now. Hopefully I’ll continue scoring more goals into this World Cup, for sure.’

England will face Tunisia at 7pm BST on Monday, June 18.

Eden Hazard: Real Madrid 'know what to do' to sign me

Mon Jun 18 , 2018
Eden Hazard has refused to commit his future to Chelsea and has opened the door to a summer move by telling Real Madrid “if they want to buy me, they know what to do”. The Belgium international, who is currently away on international duty, has long been linked with a […] 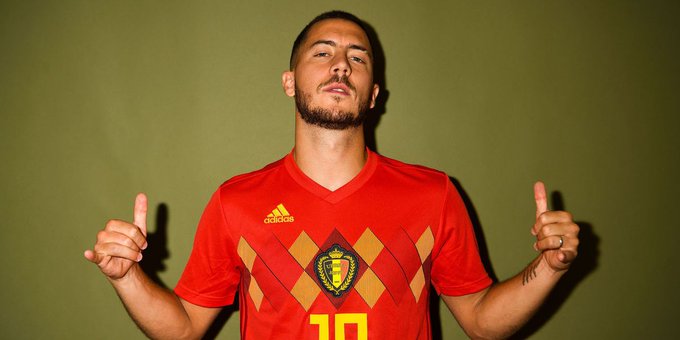