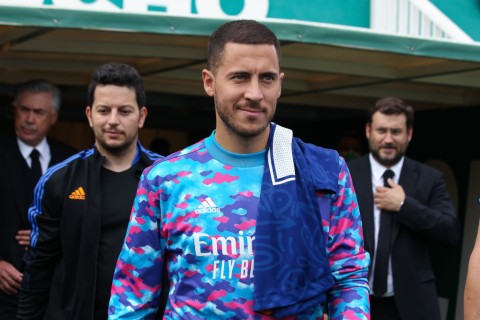 Real Madrid player Eden Hazard is determined to fight for his place under Carlo Ancelotti and will not be on the move in the January window, according to reports in Spain.

Hazard has endured a difficult two-year spell at Madrid, with injury issues ravaging his progress after a club-record £103.5m move from Chelsea.


Ancelotti has tried to accommodate for Hazard, switching to 4-4-2 formation and playing the former Chelsea star behind the main striker, but his struggles have continued and rumours of a possible transfer have been circling.

Recent reports claimed both Chelsea and Newcastle have been offered the opportunity to sign Hazard when the January window opens, with Madrid prepared to cash in on the Belgian.


The La Liga giants are expected to ramp up their efforts to land one or both of Kylian Mbappe and Erling Haaland next summer window and will look to get funds by selling deadwood in their first-team squad.

But, Marca claim Hazard has no intention of leaving the Bernabeu and is willing to be patient for his chances in the second half of the season.

It’s claimed the Belgium international is aware he’s failed to live up to expectations and is more determined to repay the faith shown in him by Real Madrid.

Madrid would also prefer to keep hold of the player until the end of the campaign and then negotiate a potential exit next summer if his displays fail to improve.


The former Chelsea and Lille forward, who is valued at around £43million, is tied into a contract with Madrid until June 2024.

Ancelotti said he would never ‘force’ any player to stay against their will when quizzed on Hazard’s situation earlier this week.

‘Never in my career as a coach have I forced a player to stay when they want to leave,’ the Real Madrid manager told reporters. ‘In my own personal opinion I don’t have any doubts about that.’

Hazard has played two games since returning from his latest injury and will no doubt be desperate for a place in Ancelotti’s starting lineup tomorrow when the team play host to Shakhtar Donetsk in the UEFA Champions League.

9 months ago
Rio Ferdinand believes the criticism aimed at Manchester United forward Cristiano Ronaldo is a “disgrace” which is tantamount to “blasphemy”. The Portugal international has scored seven goals in ten matches for the club after his return and notched his first assist in the 3-0 victory over Tottenham on Saturday. But […] 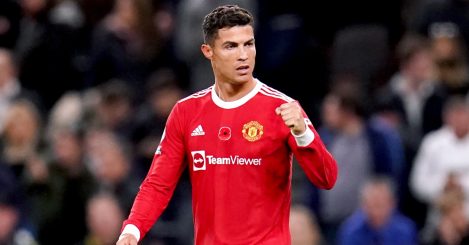