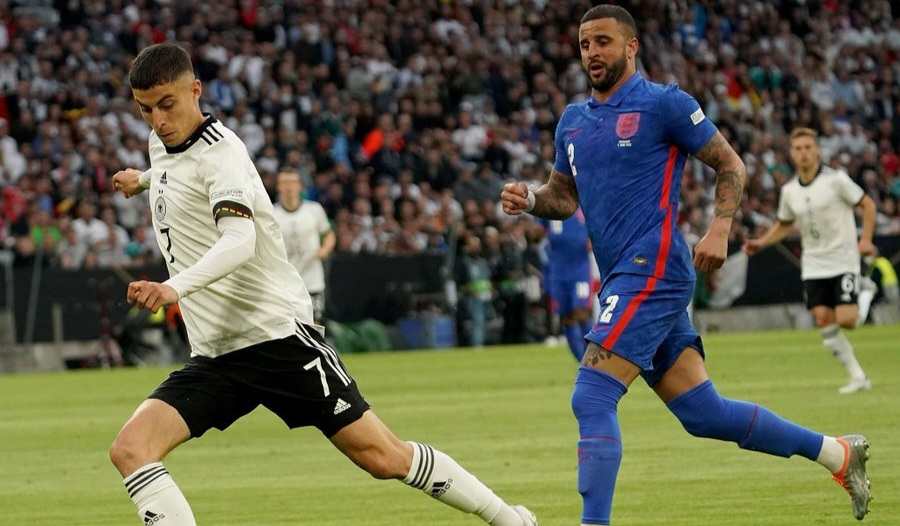 Kai Havertz made international headlines on social media after leaving Harry Maguire in his trail during Germany’s 1-1 draw against England.

Gareth Southgate’s side have now lost points back-to-back UEFA Nations League games, falling to the bottom of League A Group 3.


When Jonas Hofmann found himself in behind the England backline and played his shot beyond Jordan Pickford, it appeared as if they had started the scoring inside the first half.

The 22-year-old, though, was ruled to be offside. But, Havertz clashed with Maguire in the build-up to Hofmann’s goal, leaving the Manchester United star in a heap on the centre circle.


The incident opened the way for Hofmann’s run; the England defender attempted to grapple the Chelsea forward, but he shook him off.

Chelsea supporters, as well as United fans, flocked to Twitter to revel Maguire’s misfortune and applaud Havertz for his gamemanship.

Havertz’s physicality was the latest to emerge since Thomas Tuchel took over as Chelsea manager at Stamford Bridge.

Under the German’s tutelage, the youngster has matured into the number one role and embraced a new dimension to his game.

“We can see a lot of intensity and physicality in his game,” Tuchel said, last month of Havertz. “He has already stepped up from the beginning of this season in training and when he plays.


“He’s tougher to play, more physical and is more involved. He relies more on his strengths, which is his body and runs without the ball, and he’s more focused on this.

“I think he’s in the process of being even more reliable and more consistent. Of course, he’s an offensive player with the ability to score and we want more goals so, in this part of the game, he can improve by being more clinical and more precise.

“He can use his technique a bit better in shooting, so there are aspects of the game where there is still space to develop because he’s also still young, but he’s now stepped up twice in big matches and crucial moments, which can only be good for his development.”

3 weeks ago
Ousmane Dembele is finally closing in on a transfer to Chelsea as he is set to snub a move to Paris Saint-Germain, according to reports. The Frenchman is set to become a free agent this summer when his Barcelona contract expires and has been mulling over offers from several big […] 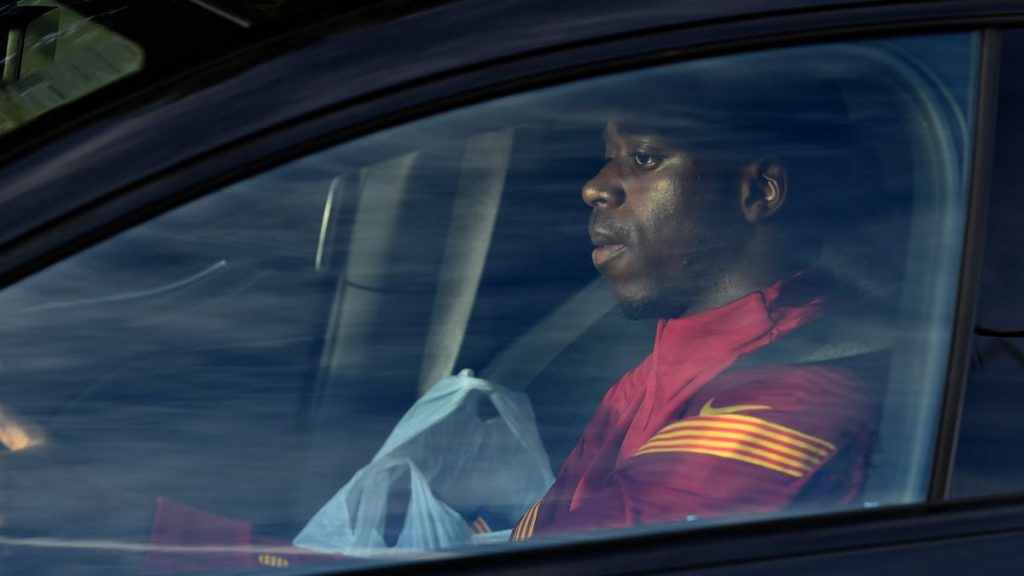