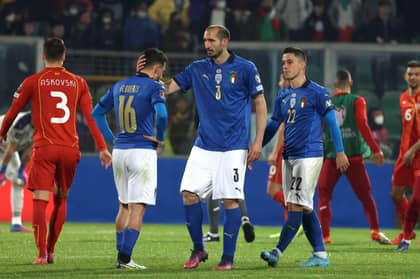 There’s still a very small chance Italy can still make the 2022 World Cup – but it all depends on Iran’s status in the competition.

The reigning European champions Italy were shocked in their play-off semi-final against North Macedonia last week and will miss the World Cup for the second consecutive time.


However, that is according to Sport Mediaset, Sky Sport Italia and Sportitalia’s theory. Still Roberto Mancini’s side won’t be putting all their stock in it but it’s worth keeping an eye on.

Iran stopped 2000 women from entering the stadium for their World Cup qualifier against Lebanon on Tuesday. This isn’t the first time it has happened and FIFA warned them against doing it in 2019.


According to Football-Italia, member of the Iranian Football Federation Mehrdad Seradschi posted on Twitter that he’d heard ‘worrying news from FIFA and the Asian Football Confederation’ concerning the situation.

One of the extreme punishments could be removing Iran from the World Cup altogether. And Dragan Skocic’s side qualified top of AFC Third Round group to book their place in Qatar later this year.

Should that happen FIFA could then promote the country with the highest co-efficient in the world rankings to replace them.

That team would definitely be Italy given their win at last summer’s European Championship. And no team in history has ever been kicked out of the World Cup after qualification so it will be an unprecedented move.


Italy were expected to square off with Portugal in a very heated play-off final this week. However, Trajkovski’s winner sent North Macedonia through to face Cristiano Ronaldo and his team-mates.

Portugal would run out comfortable 2-0 winners over North Macedonia thanks to the brace from Bruno Fernandes.

Mancini was asked about his future as Italy manager after their shocking elimination and he said he’s still committed to the national team.

“I have talked with the (FIGC) president, we agree on everything. I’m glad, we’ll talk again in the next few days,” the 57-year-old said.


“I feel like staying because I am still young. I wanted to win one European Championship and one World Cup, so for the World Cup I’ll have to wait a little.”

Italy bounced back from their defeat with a 3-2 victory over Turkey on Tuesday with goals from Bryan Cristante and Giacomo Raspadori enough to seal victory.

3 months ago
John Terry feels Mason Mount should become the next Chelsea captain once Cesar Azpilicueta leavesStamford Bridge. The Spanish star is edging closer to leaving the London club at the end of the campaign with Barcelona looking set to wrap up a deal for the veteran defender. Azpilicueta has won the […] 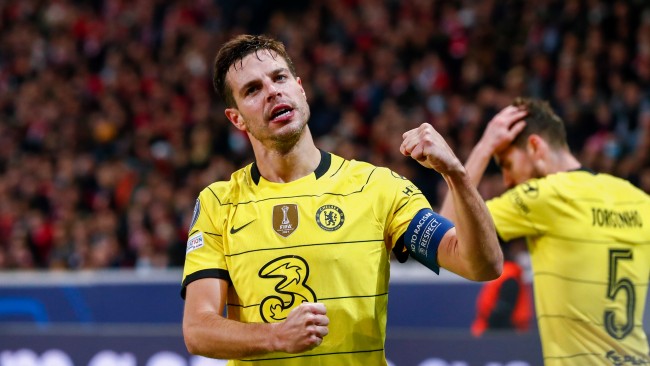