Neymar was targeted by Liverpool due to his defensive weaknesses, head coach Jurgen Klopp confirmed after the Reds’ Champions League win.

Roberto Firmino came off the bench to score a stoppage-time winner at Anfield after Paris Saint-Germain had battled back from 2-0 down in Tuesday’s opener.

Neymar was involved in creating Kylian Mbappe’s late equaliser but the Brazil international otherwise struggled to have much impact in the game, with PSG’s attack lacking fluidity.


And Neymar failed to track runs from Trent Alexander-Arnold, with one such foray from the Liverpool defender contributing to Daniel Sturridge’s opener.

Klopp revealed Liverpool targeted the PSG left wing as he knew Neymar would not follow Alexander-Arnold when the right-back got forward.

“They changed a bit of the system, we expected it and didn’t think too much about it,” Klopp told BT Sport.

“Neymar on the left was not a bad idea and makes defending more difficult, we needed more focus and we felt we did really well.

“We covered a lot of yards and closed all the gaps and when we had the ball made them run and used the right wing.


“Neymar is world-class but not a defender so we tried to do that.”

Sturridge was making his first Champions League start since March 2012, with Firmino only making the bench after mi due to an eye injury.

“Super game from Daniel, I told him before the game that I never saw him as fit as he is now,” Klopp added.

“And he used that to get all over the park and keep the ball for us.

“Then you can bring Bobby Firmino on and that helps a lot. I loved his goal celebration.”


“We have done what we could, we are trying to introduce a new tactical plan and for the moment we are not doing too badly,” Meunier said to RMC Sport.

“The pressure was strong with a super high Liverpool block. We also tried to keep our block a little higher. To play with a low block at this level is to shoot yourself in the foot. We managed quite well defensively.

“Nothing catastrophic, we have all the cards in hand for qualification. We could take Liverpool as an example with their deep, simple, fast game, with a lot of intensity.”

Edinson Cavani: I'd like to see how PL teams would do in Ligue 1

Wed Sep 19 , 2018
Edinson Cavani says that he would like to see how Premier League teams would perform in Ligue 1 after Paris Saint-Germain’s Champions League loss to Liverpool. Thomas Tuchel’s team suffered a 3-2 defeat to the Liverpool at Anfield on Tuesday, when Roberto Firmino’s last-minute goal snatched three points for Klopp’s […] 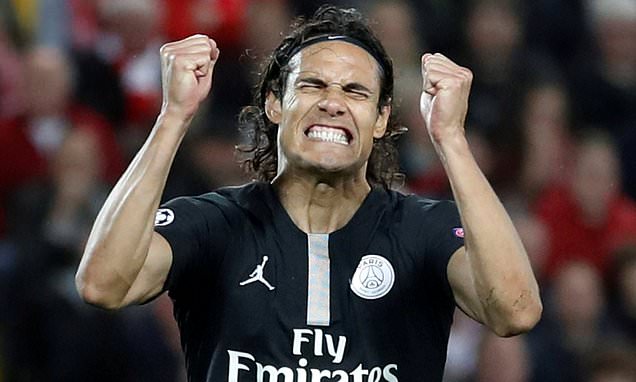