Kylian Mbappe – The Frenchman who led his country to their second World Cup success in Russia this summer could have ended up joining Liverpool.

Before he left his boyhood club to sign for Paris Saint-Germain, Mbappe was courted by almost every top club in Europe, and could have joined any team on the planet.


One of these clubs was Liverpool, with Jurgen Klopp very interested in landing the talented teenager destined to be the next Lionel Messi or Cristiano Ronaldo.

But it wasn’t to be, despite Klopp best efforts and according to French outlet l’Equipe, Mbappe was ‘charmed by the eloquence and enthusiasm’ of the Liverpool head coach.

The Reds continued to scout the forward, and in the summer window of 2017 Klopp reportedly spent ‘several hours’ trying to convince him to join Liverpool.

The report even claimed that Liverpool were even prepared to make Mbappe the club’s highest-paid player alongside Philippe Coutinho.


But any possible transfer eventually broke down.

While the likes of Real Madrid and Paris Saint-Germain, who eventually captured the forward, had cash to splash, Liverpool could not compete with a possible £150million-plus transfer fee and had to drop their pursuit.

Wed Sep 19 , 2018
Neymar was targeted by Liverpool due to his defensive weaknesses, head coach Jurgen Klopp confirmed after the Reds’ Champions League win. Roberto Firmino came off the bench to score a stoppage-time winner at Anfield after Paris Saint-Germain had battled back from 2-0 down in Tuesday’s opener. Neymar was involved in […] 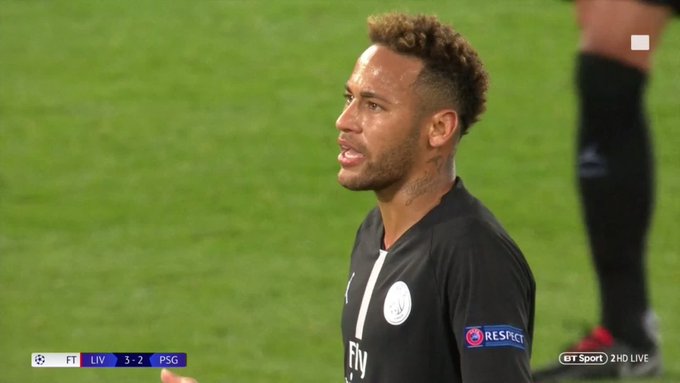