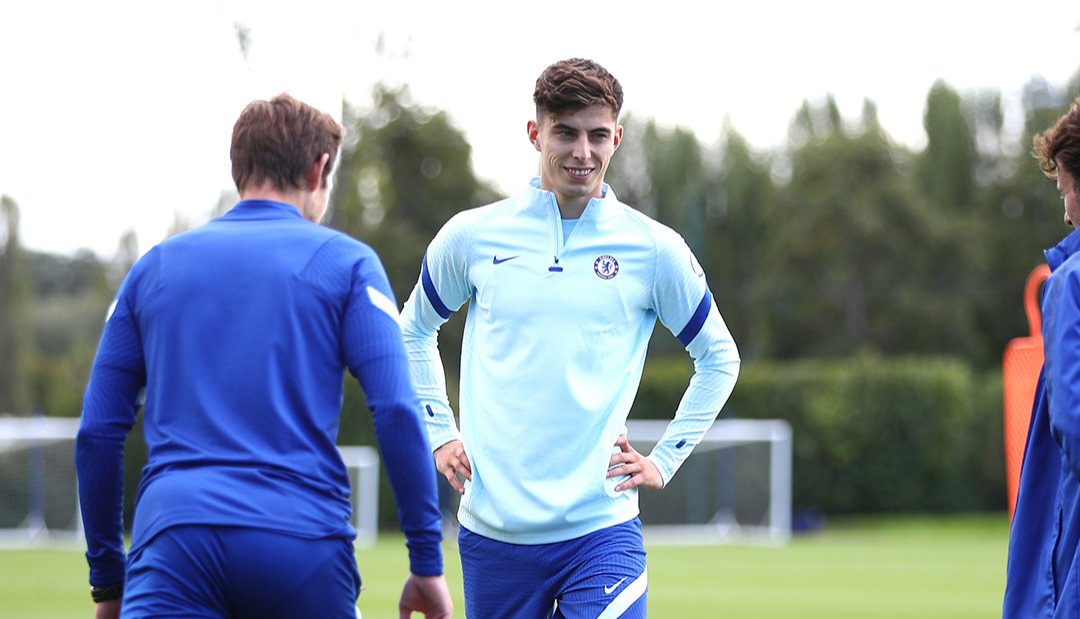 New Chelsea signing Kai Havertz has been pictured in training for the first time after completing his move from Bayer Leverkusen.

The 21-year-old became Frank Lampard’s sixth signing of the summer window on Friday after Chelsea wrapped up a £71million deal with Bayer Leverkusen for his signature.


He follows Hakim Ziyech, Timo Werner, Ben Chilwell, Thiago Silva and Malang Sarr through the doors at Chelsea, with the Blues bringing in new signings in the wake of their two-window transfer ban.

Germany gave Havertz permission to leave their training camp in Stuttgart in order to finalise his transfer to Chelsea this week and the youngster was expected to join Low’s squad again in time for their Nations League game with Switzerland on Sunday.

But, the Germany manager has since confirmed that Havertz will play no part in Basel and the youngster has instead been working on his fitness at the club’s training ground. 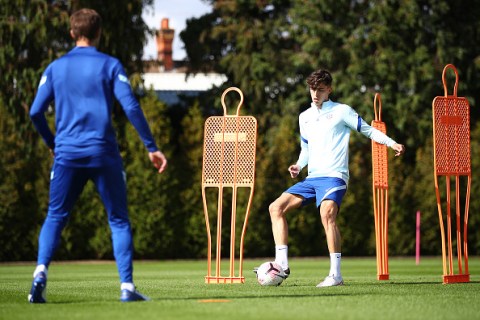 In his first interview as a Chelsea player, Havertz stated his ambitions to win trophies with the club and revealed the major role that Lampard played in his move to the club.


‘Of course he had a big impact on my decision because I loved him as a player and watched him very often,’ Havertz told Chelsea’s official website.

‘I think I can learn from him as a manager as well and I think he’s a very humble person. ‘He’s a great guy and I can’t wait to play with him and learn from him.’


Asked what he liked about Frank Lampard as a player, Havertz said: ‘I liked very much that he was very offensive like me and he loved to score goals.

‘I love to score goals as well so he will help me a lot in my position and also maybe on the things I can improve. ‘I can’t wait to work with him.’

5 months ago
Chelsea striker Timo Werner reportedly turned down both Manchester City and Manchester United in order to sign for Frank Lampard’s side. The German forward completed a £48m transfer to Stamford Bridge which is worth around £170,000-per-week in June. For several months, it seemed as though the Premier League champions would swoop […] 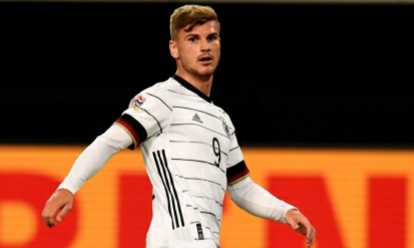