Liverpool are currently enjoying the triumph of their Champions League glory on Saturday, but Klopp’s mind appears to have already turned to his transfer plans as he looks to challenge for the Premier League title once again next season.


The Reds were not planning any major signings, but Sport Bild claim Jorgen Klopp has made a request to the Liverpool board to make a big addition.

De Ligt is rated highly and wanted by almost every top club after a superb campaign with Ajax.

The 19-year-old has offers from Barcelona, Manchester United and Bayern Munich, with United reportedly offering the best wage package.

Liverpool boss Klopp wants a long-term partner for Virgil Van Dijk and has identified De Ligt as the perfect player.

De Ligt and Van Dijk play alongside each other for the Netherlands national team, and their manager Ronald Koeman called both defenders the best centre-backs in the world.

‘We have the best centre defenders with De Ligt and Virgil,’ he said.

‘They are top defence players. ‘That’s great because you build the house, always, from downstairs.

You don’t start with the roof.’ He added:

‘We are on a good way back to where we would like to stay as a country.’


Liverpool paid big money to get Van Dijk last year in a £75million deal and would need to be prepared to fork out a similarly huge fee to bring De Ligt to Anfield.

Wed Jun 5 , 2019
Former Chelsea midfielder Frank Lampard is set to take over from Maurizio Sarri at Stamford Bridge once the Italian completes his move to Juventus in the coming weeks. Lampard has just finished his first campaign in management, with Derby County falling in their quest for promotion to the Premier League […] 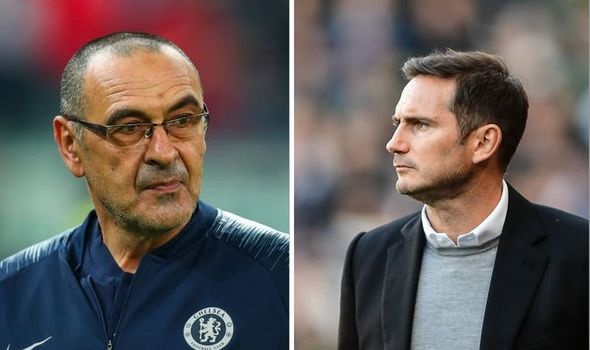