Inter Milan forward Romelu Lukaku has become a major target for Manchester City, who will invest £200m in their squad in several areas at the end of the campaign, according to the UK Telegraph.

Pep Guardiola’s side currently sit four points behind league leaders Manchester United with a game in hand, ahead of their game with Crystal Palace on Sunday.


But City face a summer rebuilding, with players like Sergio Aguero, Fernandinho and Eric Garcia able to leave the club for free.

And Guardiola will be in the market for a new striker, left back and a midfielder. One area of concern is the long-term replacement for Aguero, who has struggled with injury issues since the start of the campaign.

The 32-year-old’s contract expires in six months, and he is yet to make a decision on his future. But Man City will target a new striker even if Aguero stays beyond this summer.

It is believed that Lukaku, Dortmund striker Erling Haaland and Benfica star, Darwin Nunez have been targeted as long-term potential successors to Aguero.


Lukaku has previously played for Manchester United, between 2017 and 2019. But he struggled for minutes under Jose Mourinho and Solskjaer despite scoring a massive 42 goals in 96 matches in all competitions.

2 months ago
Mesut Ozil may still be an Arsenal player but his team-mates are already planning for life without the German midfielder at the Emirates. The playmaker has agreed to cut short the remaining six months left on his current Arsenal deal in order to sign for Fenerbahce. Ozil joined the gunners […] 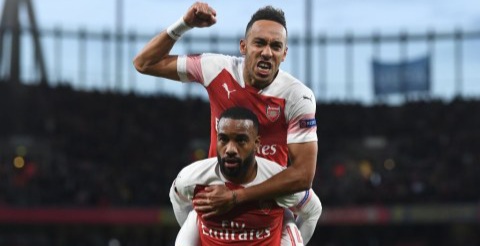