Manchester United defender Luke Shaw has taken a sly dig at Jose Mourinho by conceding the squad are happy to be playing ‘attacking, quick’ football under Ole Gunnar Solskjaer.

The Portuguese manager was sacked just before Christmas after falling out with the majority of his squad at the club.


Solskjaer was a surprise choice to take the caretaker role at United but the Norwegian has had an instant impact on the team already, who have scored eight goals in two matches under him.

Shaw struggled under Mourinho and the defender has taken a dig at the 55-year-old by saying Solskjaer has returned the club’s tradition of playing attacking football.

‘I think you can see from the outside how much he has changed things in such a short space of time,’ said Solskjaer.

‘He is just a really positive manager, he knows what the club needs and also what the fans want in the way we are playing.


‘He’s bringing that attacking, quick play back to Old Trafford. I’m sure the fans are going to appreciate that as much as we [the players] do.’

Few expected Solskjaer to get the job and United will consider appointing him on a permanent basis if they fail to land Mauricio Pochettino.

Shaw has revealed he had ‘no clue’ that Solskjaer was taking over and was told by his girlfriend.

‘The truth? My girlfriend told me,” Shaw told Sky Sports.


‘I woke up in the morning and had a shower and she ran out of the room and told me.

‘I did not have a clue, I didn’t look at my phone or anything. That’s how I found out… from my girlfriend.’

Buffon: 'It's a scandal Neymar hasn't won the Ballon d'Or'

Mon Dec 31 , 2018
Paris Saint-Germain goalie Gianluigi Buffon believes it’s a “scandal” that Neymar has yet to win the Ballon d’Or and feels the Brazilian and team-mate Kylian Mbappe can dominate the game for the next decade. Buffon has been able to see the talented duo at close hand having moved to Paris […] 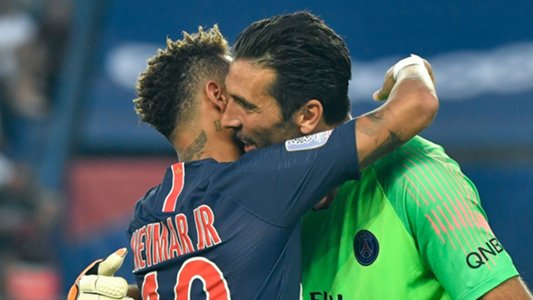