Manchester United are considering a move for Juventus’ Beppe Marotta and Antonio Conte as talks over the future of Jose Mourinho at the club continue.

Valencia will play United at Old Trafford tonight looking to inflict a defeat which could mean the end of Mourinho’s fractious two-year tenure.

United’s start to the campaign has been clouded by speculation surrounding the future of Paul Pogba, whose relationship with Mourinho seems to have broken down.


Alexis Sanchez and Antonio Valencia are among a group of many other senior players reported to have lost faith in Mourinho, who was yesterday asked to respond to rumours he was contacted by Zinedine Zidane.

The former Real Madrid boss is the current favourite to take over from Mourinho but is said to have doubts about the role, despite having started English lessons with a view to working in England.

According to Corriere dello Sport , United are considering an alternative which would see Conte and Marotta reunite at United.

Moratta confirmed last week he will leave Juventus having played a key role in masterminding their domination of Serie A and return to the top table of football in Europe.


Conte won three Serie A titles working under Moratta before he left to coach the Italian national team, prior to his highly successful spell at Chelsea.

The 49-year-old’s relationship with Moratta was not always a good one, with Conte often complaining of minor support in the transfer market, showing the happenings which eventually led to his downfall at Stamford Bridge.

United are said to have begun the search for a director of football which would see executive vice-chairman Ed Woodward take a more commercial role.

'Scholes can say what he wants', Mourinho hits back

Wed Oct 3 , 2018
Jose Mourinho has defended Paul Scholes’ right to express his opinion as “freedom of speech” after the United legend called the current boss “embarrassing”. Scholes’ comments came in the build-up to a goalless draw with Valencia, also talking about his surprise that Mourinho survived a 3-1 Premier League loss to […] 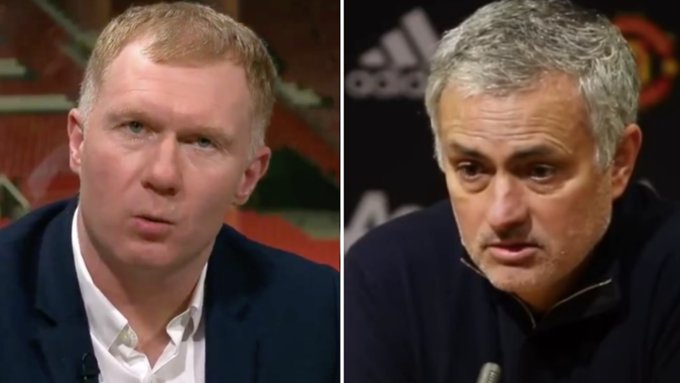