Manchester United are confident they will win the race to sign Dortmund striker Erling Haaland, despite Chelsea pushing for a deal this summer.

The Red devils narrowly missed out on Haaland, one of the hottest prospects in world football, 18 months ago when he joined Dortmund.


Despite rejecting a move to Old Trafford, the Norwegian striker holds his compatriot Solskjaer in high regard.

And United bosses believe he will be key in landing the former RB Leipzig star, according to The Sun.

Solskjaer has just signed a new three-year contract, which United chiefs hope will be enough to convince Haaland he’s there for the long haul.

It’s believed he would be unwilling to join Manchester United, should Solskjaer be moved on.


Solskjaer has remained in close contact with the player since they worked together at Molde, when he was incharge of the Norwegian team.

United would have been pushing for his signature this summer, but they have already spent big on Raphael Varane and Jadon Sancho.


That means they will wait to sign him next summer, when they’re confident they will be the favourites for his signature.

However, while United believe they would beat the Blues to a deal if it became a direct shootout next summer, Chelsea hope to avoid that scenario by signing him in this transfer window.

Though, there has been little movement, with Dortmunt insisting they aren’t selling him this summer.

Haaland has a £63m release clause that comes into effect next summer, with clubs needing to pay more than double that amount if they want to sign him this summer.

2 months ago
Bayern Munich head coach Julian Nagelsmann says he is ‘confident’ that Leon Goretzka will sign a new deal despite the interest from Manchester United. Ole Gunnar Solskjaer is interested in adding a new midfielder to his team this summer and his search could intensify if Paul Pogba leaves Old Trafford […] 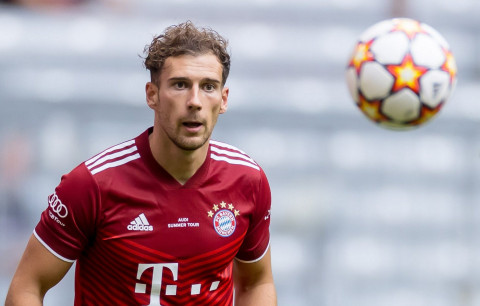