Manchester United have made contact with Leicester City star James Maddison over a £60million summer transfer move, according to reports.

The Red Devils made the 22-year-old one of their top targets after a campaign in which the team finished sixth in the Premier League, 32 points behind champions Manchester City.


He is being linked with a host of clubs but Manchester United are believed to be at the front of the queue after making contact with his representatives.

The Daily Record claim United are in talks with Maddison as they look to rebuild for a campaign without Champions League football.


It is claimed Maddison, who Leicester value at £60m, has reservations about moving to Old Trafford due to the absence of Champions League football and the amount of playing time he might be offered.

United have made contact with Maddison’s representatives as Real Madrid are still interested in signing French World Cup winner Paul Pogba as he is also keen on a move to the Bernabeu.

Speaking last month, Ole Solskjaer admitted he only wanted to sign players who have the right ‘work ethic’ and desire to play for the club.

He said: ‘We’ve touched upon it [before]. We’ve tried to educate our players and our kids to be proper people. In my years, the best players have always been the best people.

‘You have to have that value system – do you say that? A certain kind of attitude about you to make a Manchester United player.

‘You have got to have qualities and our fans want to see exciting players. We want to get up from our seats. You see defenders who defend, like that’s their life, that’s the most important thing.

‘When we go to press with Jesse [Lingard] and Marcus [Rashford], in the games against Barcelona, Paris Saint-Germain, Liverpool and Chelsea, when we start these games, our fans clap a striker making a tackle.

‘That’s the way it’s been and in our culture. You have to have that work ethic and we’re scouting the market trying to find the right ones.’

Mon Jun 3 , 2019
Chelsea midfielder Jorginho has warned Maurizio Sarri that he could ‘betray’ Napoli fans by taking the Juventus job this summer window. Reports claim that Sarri is set to leave Stamford Bridge after less than 11 months in charge of the blues, with Juventus agreeing to buy out the last year […] 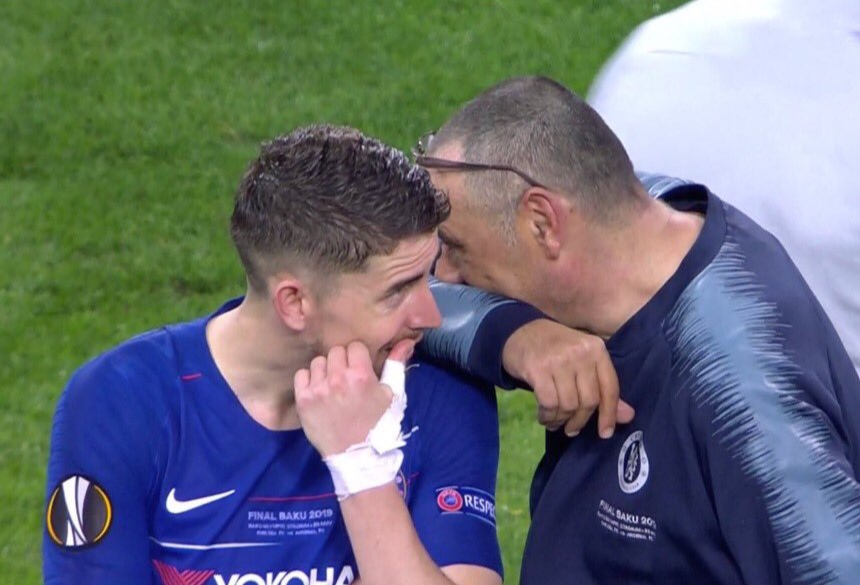