Sadio Mane’s Champions League curse continued against Bayern Munich as he became the most wasteful forward in Europe.

The Liverpool forward has only scored a goal in the competition despite racking up 12 Premier League goals already this campaign.


Mane missed the biggest chance of the match last night as Jurgen Klopp’s team were held to a stalemate.

He had a clear opportunity to open the scoring in the first half of the game when the ball fell kindly to him inside the box.

But the Senegal international, who was unmarked, dragged his shot wide of the woodwork.

According to Opta statistics, Mane has missed eight big chances and scored just a goal in this season’s Champions League.

Kylian Mbappe is statistically the second most wasteful forward in the Champions League despite scoring four times.


The Paris Saint-Germain player has missed six big chances so far, but he will be looking to get another goal against Manchester United on March 6 after getting on the scoresheet in the first leg.

Bayern striker Robert Lewandowski is the top scorer in the competition with eight goals – averaging one every 78 minutes.

But the Poland international is ranked as the third most wasteful because he has missed six goalscoring chances.

Thu Feb 21 , 2019
Real Madrid are reportedly considering selling Gareth Bale in the summer after the winger failed to fill the void left by Cristiano Ronaldo’s exit to Juventus. Bale has had just two goals in his last seven games for Real and is no longer guaranteed a place in the starting XI […] 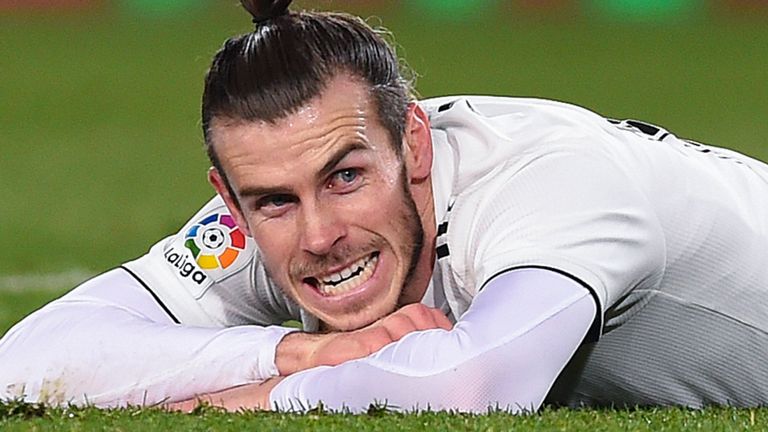