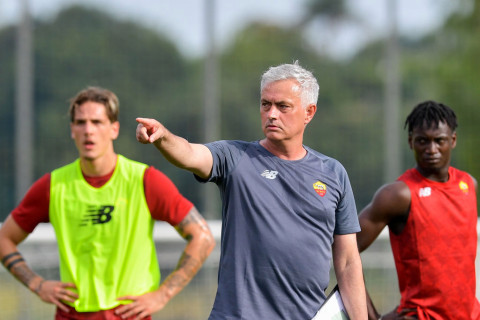 Jose Mourinho has wasted no time in getting down to work at Roma by banishing eight players from training on the first day of pre-season.

The Portuguese manager was named Roma boss before the end of last campaign after his exit from Spurs shortly before the London side’s Carabao Cup final defeat to Man City.


Roma finished seventh last season and were battered in the Europa League semi-final by Manchester United.

And a clearout is needed in the Italian capital, Mourinho has wasted no time in doing so, with SkySports Italy saying he has told eight players they’re no longer needed and not to participate in training.

The most high profile of them Justin Kluivert, while ex-Chelsea forward Pedro is another who has been told he’s no longer needed at the Italian club.

Steven Nzonzi is another casualty, while Davide Santon, Ante Coric, Federico Fazio, Robin Olsen are also among the players that have been told to leave the club.


Mourinho is interested in signing Wolves goalkeeper Rui Patricio, while they are closing in on a move for Arsenal midfielder Granit Xhaka.

The former Tottenham coach says he’s not held one-on-one talks with any players about their futures.

‘I speak with Tiago (Roma’s general manager), I speak with the ownership, I speak with different people within the club… but as far as players go, I have not spoken with any of them.’

3 weeks ago
Arsenal need to sign ‘at least’ five new players this summer with ‘quality and personality’, according to former Gunners midfielder Emmanuel Petit. The Gunners finished just eighth in the Premier League last campaign, six points outside of the top four places and 25 points adrift of champions Manchester City. Petit, who helped […] 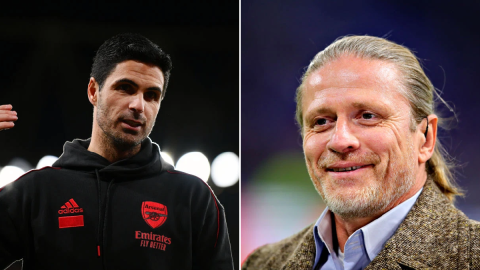