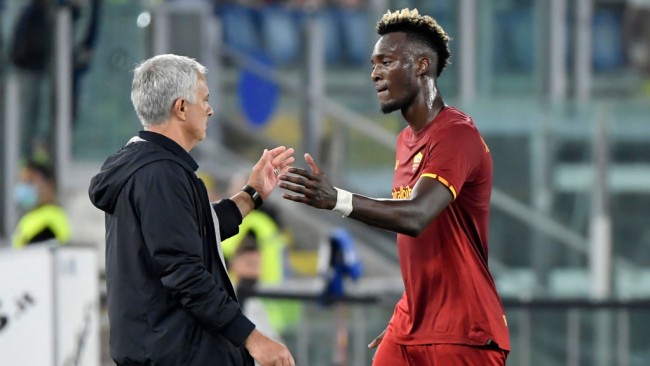 Tammy Abraham has revealed Jose Mourinho told him to become a ‘monster’ after leaving Premier League side Chelsea for Roma last summer.

The England international left London for the Italian capital after Thomas Tuchel told him he was surplus to requirements at the club.


Romelu Lukaku’s arrival ended Abraham’s Chelsea career and the player had a number of interested clubs – including Arsenal and Tottenham – once it became apparent that he would leave the Blues.

Abraham signed for Roma, with the lure of working with Mourinho proving too hard to turn down for the England star.


Mourinho told his players at Spurs to become ‘b******s’ and Abraham has revealed the Special One demanded he became a ‘monster’ after his arrival at the Stadio Olimpico.

Asked what Mourinho has taught him at Serie A side Roma, Abraham told the Telegraph: ‘Just be a monster, really.

‘I think one of the things he said was I was too much of a nice player and that you have to show that aggressiveness as you’re getting older as a striker.

‘It’s not always about being nice on the pitch. You need that character, you need that presence to frighten defenders and I think that’s something I’m learning and getting better at.’


Abraham’s scored just five goals in 17 starts this campaign, with his goal rate slowing down in recent weeks.

Some have suggested his move to Italy could put him out for a place in England’s 2022 World Cup squad but Abraham believes it’s the opposite.

‘At first that was at the back of my mind,’ said Abraham.

‘Do I really want to leave the Premier League? It’s the best league and where everyone wants to play. You always have doubts in your mind.

‘But I think going to Serie A and a team like Roma, which is a massive club, I don’t think people will really forget you as long as you are doing your thing, scoring and playing well. That makes a noise in itself. I just have to keep doing the right things really and as you can see Gareth keeps an eye on players playing abroad as well.’

2 weeks ago
Chelsea skipper Cesar Azpilicueta was on the receiving end of a huge shoulder barge from Zlatan Ibrahimovic during Spain’s World Cup qualifier with Sweden on Sunday. Spain were able to seal top spot in Group B after a late Alvaro Morata goal secured a 1-0 win over Sweden at the […] 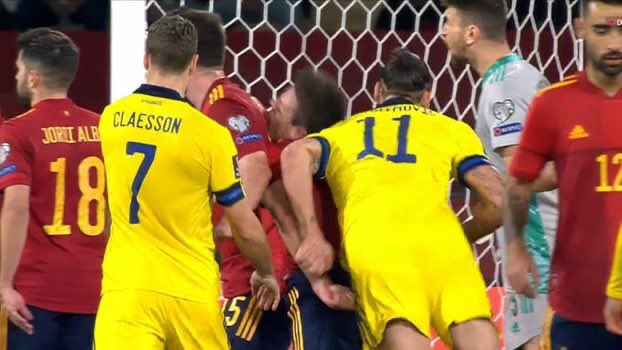