Premier League fans around the world will be waiting with anticipation on Thursday morning when the fixtures for the upcoming season are announced.


But it seems the opening-day games have already been decided in the Premier League after a picture circulated on social media.

If the ‘leaked’ picture turns out to be true, then Tottenham will open the new campaign with a Saturday afternoon kick-off against newly-promoted Norwich City.

That fixture has been pencilled in to be shown live on Sky Sports before five 3pm matches take place across the country.

They include Crystal Palace’s home derby with London rivals Arsenal and Sheffield United will visit Bournemouth.


Meanwhile, Chelsea and West Ham travel to Southampton and Watford respectively while Everton and Newcastle will go head-to-head at Goodison Park.

The final fixture on Saturday will see Liverpool start their Premier League title charge with a trip to Turf Moor to play Burnley, a match that will be shown live on BT Sport. 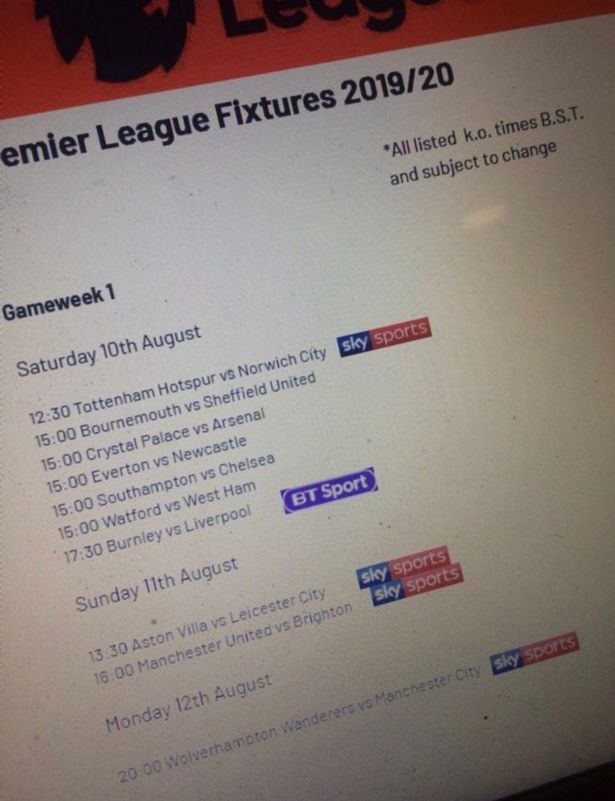 The first Super Sunday of the campaign, with both matches being shown live on Sky Sports, will begin with Aston Villa, who earned promotion back to the Premier League, host Leicester City.

Then at 4pm, Manchester United, who had a disappointing season will start a new one against Brighton at Old Trafford.


The opening-weekend is brought to an end with reigning champions Manchester City playing a tricky Wolves in front of Sky Sports cameras.

The 2019/20 fixtures will be released officially on Thursday morning which will include 380 Premier League games.

Wed Jun 12 , 2019
Romelu Lukaku has moved a step closer to leaving Old Trafford for Italy after describing Inter Milan’s new manager Antonio Conte as ‘the best manager in the world’. Lukaku has made it clear that he would welcome a transfer to Italy two years after joining Manchester United for a fee of £75million and rejecting […] 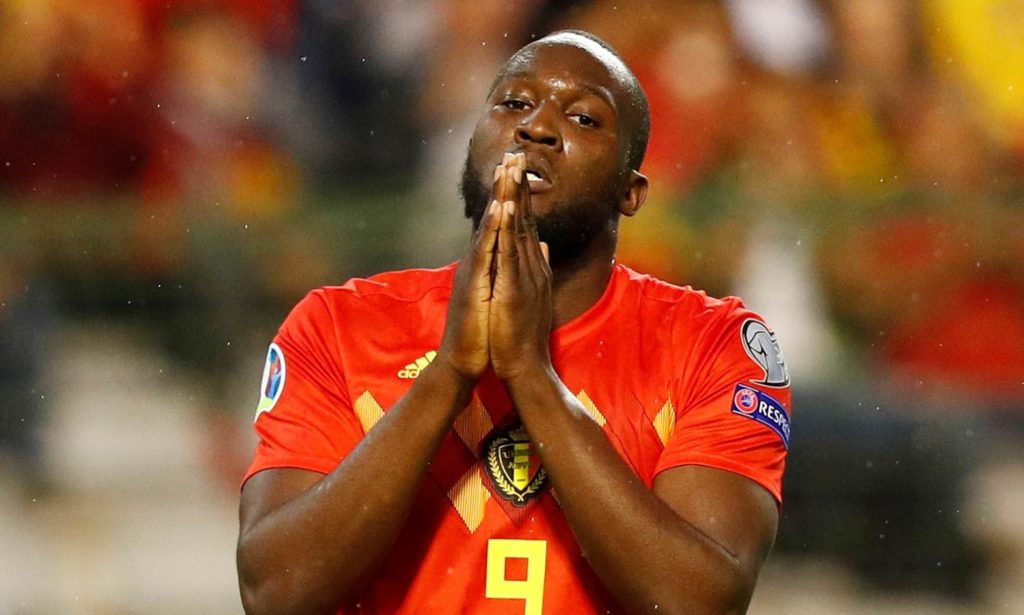