Christian Pulisic has played down the comparisons between himself and former Chelsea star Eden Hazard, saying he is his “own player”.

Pulisic joined Chelsea from Dortmund in the summer of 2019, shortly after Hazard completed his own big-money transfer move to Real Madrid.


The American has many of the same attributes as Hazard, who he saw as a role model earlier in his career, but he is eager to carve out his own reputation at the club rather than follow Hazard’s footsteps.

Asked to address the similarities between him and Hazard, Pulisic said: “He was an incredible player at this football club of course. I definitely looked up to him. I am not comparing myself to him in any way or trying to be like him.

“I am my own player, doing my best for this club. Obviously, he was a massive player for this club and obviously it is an honour to hear comparisons like that, but I still have a way to go.”

Pulisic, who was speaking ahead of Chelsea’s clash with Madrid for the first leg of their Champions League semi-final, was also asked if he feels they have missed a match-winner like Hazard since his exit.


He said: “He was an incredible player who did a lot for this football club. We are moving on without him. I never played with him so I only know how it is without him.

“I think we are in a good place now. I mean we are in a semi-final of the Champions League, we have got a lot left to play for this season, so I think this team definitely has a good situation at the moment, so that’s a positive.”


Hazard joined Chelsea from Lille in 2012 and established himself as one of the most deadly attacking players in Europe. He won six trophies in total, including two league titles, scoring 110 goals in 352 matches.

However, Pulisic hasn’t been able to live up to the same high standards during his first two years at Stamford Bridge, but has shown glimpses of his talent at the club.

Injuries have limited Pulisic at Chelsea, Asked if he now trusts his body after a poor start at the club, Pulisic said: “Yes, I feel very confident in my body and fitness level at the moment. I have played a string of games. I had some time out in the past year and a bit.

“It is really just about taking care of my body and putting myself in the best position to be available for every game. I feel good about that right now.”

2 months ago
Manchester United legend Rio Ferdinand has backed Paris Saint-Germain to go one step further than they managed in Europe last campaign and finally end their wait for Champions League glory under Mauricio Pochettino. The French side have had an inconsistent domestic season this term but in Europe they have proven […] 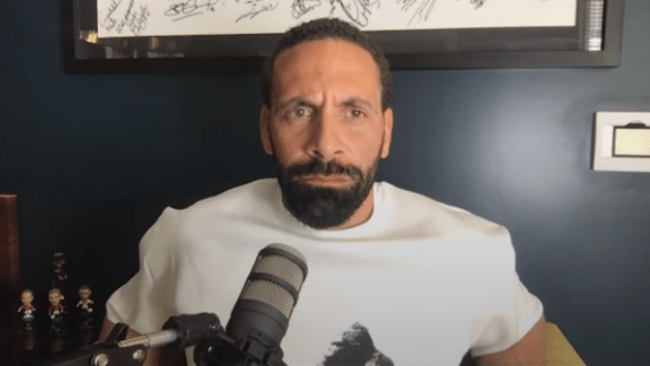