Christian Pulisic has revealed Thomas Tuchel’s plans to play him as a false nine at Stamford Bridge.

Pulisic stepped off the bench and provided an assist for Marcos Alonso’s stunning volley as Chelsea drove past Burnley 2-0 in Sunday’s Premier League game.


Pulisic impressed in his new role off the bench against Burnley, however. He has now opened up on how Tuchel could look to blend him into Chelsea’s attacking mix.

“It’s a kind of a false striker,” Pulisic told Chelsea’s official website. “It’s been good so far. We’ve got a new outlook on things, we have had a really good win so it’s been a positive start.

“It’s been some crazy times recently and just to get a win left all the guys in the changing room really excited. “We have had a lot of fun in training and there are smiles on faces which is good to see.”

Tuchel swept into London last week to replace Frank Lampard — Chelsea’s record goalscorer was sacked after less than 18 months in charge at the club.


Former Paris Saint Germain boss Tuchel has linked back up with Pulisic, and Thiago Silva with Chelsea.

The Blues will play bitter rivals Tottenham in north London on Thursday, aiming to push themselves closer towards the League’s top four.


And Pulisic says Tuchel’s side are excited about taking on Jose Mourinho’s Tottenham. He said: “It’s a good time to play them coming off a good result for us,” Pulisic added.

“We’re feeling confident. We’re really excited. It’s a good chance to make a statement and most importantly really build some momentum. We know what a good result against a good team could do for us.”

3 months ago
John Terry jumped to the defence of David Luiz after his red card in Arsenal’s defeat to Wolves and claims ‘anyone who has ever played the game’ will agree that he should have stayed on the field. Arsenal appeared to be in control after Nicolas Pepe fired them in front […] 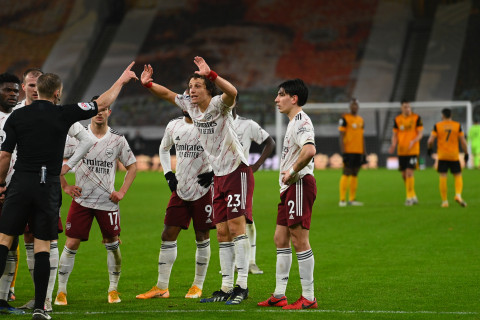