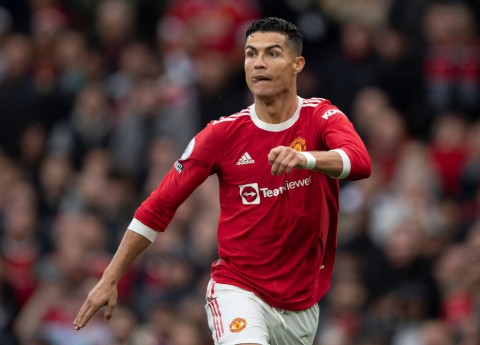 Cristiano Ronaldo’s agent Jorge Mendes has backed the player to win this year’s Ballon d’Or award and feels his client has proven beyond doubt he is the best player in history.

The 36-year-old has won the award five times in his career and will go level with Lionel Messi’s record tally should he come out on top at the ceremony in Paris.


Messi is currently the favourite to defend his crown, while Jorginho and N’Golo Kante are being tipped as serious contenders after Chelsea’s Champions League success last season.

But Mendes believes Ronaldo’s outstanding goalscoring exploits should make him the frontrunner for the award.


‘The numbers do the talking and they should be enough,’ Mendes told France Football. ‘He scored 115 goals for Portugal, becoming the world record holder with the national teams. He is the best scorer in the history of football.

‘It is a decisive thing and means he must win the trophy because he continues to prove that he is the best player in history.’

Mendes says ‘the Golden Ball has only one name’ this year, with Ronaldo continuing to reach personal milestones and break records even at the age of 36.

‘Do not forget that Cristiano was the top scorer in Serie A, he was the top scorer in the last European championships, he has the record for the most goals in the Champions League and is the only player to have won everything in three different and very competitive countries like Italy, Spain and England,’ he added.

‘All of this together makes him absolutely unique. From my point of view, the Golden Ball has only one name: Cristiano Ronaldo. ‘He’s never deserved it more than this year.’


Speaking to L’Equipe last week, Messi revealed that he will be voting for his PSG team-mates Neymar and Kylian Mbappe.

‘Obviously, I have two players in my team that I would vote for, Ney and Kylian,’ Messi told L’Equipe. ‘Afterwards, there are players at the individual level who have had a great season, like Lewandowski, Benzema.

‘But it’s hard to say because what you have done at the collective level means a lot to win the Golden Ball.  ‘Lately, the titles have a lot of weight, if you won the Champions League, the Euro, the Copa America.

‘I think in previous years, we looked more for the player of the year, the best player. But now the titles also have a lot of weight.’

Fri Oct 15 , 2021
Ronaldo doesn’t believe Lionel Messi should win a another Ballon d’Or this campaign. Instead, the legendary Brazilian striker believes Karim Benzema should win the award for the first time. Writing on Facebook, Ronaldo explained: “Without a doubt, my candidate for the Ballon d’Or is Benzema. The best striker, brutal level […]