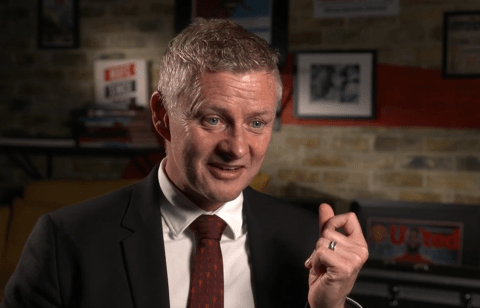 The Red Devils manager has been speaking ahead of their clash with Aston Villa on Saturday but is still frustrated at last week’s penalty decisions.


Cristiano Ronaldo had two appeals rejected in the 2-1 victory over West Ham last weekend, and should have been given a penalty for Mark Noble’s challenge on Lingard in the Carabao Cup clash on Wednesday, which they lost 1-0.

Solskjaer has now reignited his feud with Klopp after the Liverpool head coach previously complained in January about the number of penalties United were being given.


‘We just have to hope we get what we deserve, we should have had three pens in the last two games, there was a certain manager who worried about us getting pens last year and after that the decisions were different to give,’ Solskjaer said today.

‘I’ve seen a big difference since then on. You just have to leave it to the refs and hope they make the right calls very soon.’

Klopp first irked Solskjaer with his comments at the start of the year after the Reds failed to get two penalty decisions go their way in a particular defeat to Southampton.

Ahead of playing the Red devils a few weeks later, Klopp said: ‘We cannot change. I hear now that Man United had more penalties in two years than I had in five-and-a-half years. ‘I’ve no idea if that’s my fault, or how that can happen.’


United were awarded 11 penalties in the Premier League last campaign and only five were given after Klopp’s outburst in January.

Away from penalty discussions, Solskjaer offered an update on the return of Edinson Cavani for the Aston Villa game as he confirmed Rashford and Amad Diallo remain out through injury.

‘Edinson has joined in training fully after that game [on Wednesday] and he’s held his hand up and is ready,’ he said.

‘Last season as well, he didn’t have a pre-season when he came here. He’s so professional and meticulous and, of course, we’re glad to now have him back training with us and in the squad.

‘We didn’t lose anyone on Wednesday night. It gives me selection headaches, which is what I’d rather have than the other way around.

‘Sometimes you have to leave players out that you don’t feel deserve to be left out. ‘But that’s the nature of the beast and we’ve got to make sure we are ready for every single game.’

4 weeks ago
Ole Gunnar Solskjaer has blasted the Aston Villa players for surrounding Bruno Fernandes before his penalty in Manchester United’s defeat at Old Trafford. United had the chance to score a late equaliser against Villa after being awarded a penalty, but Fernandes skied his effort over the bar. There was a […] 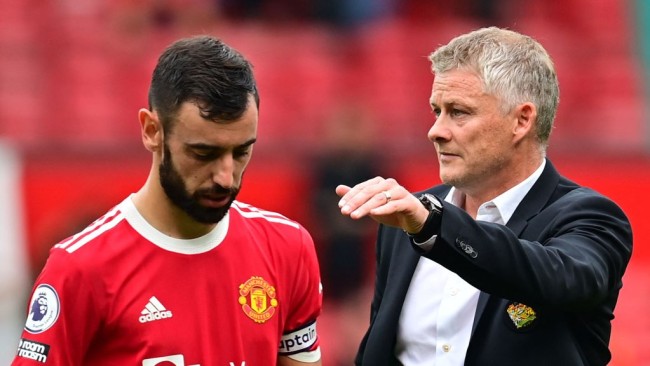