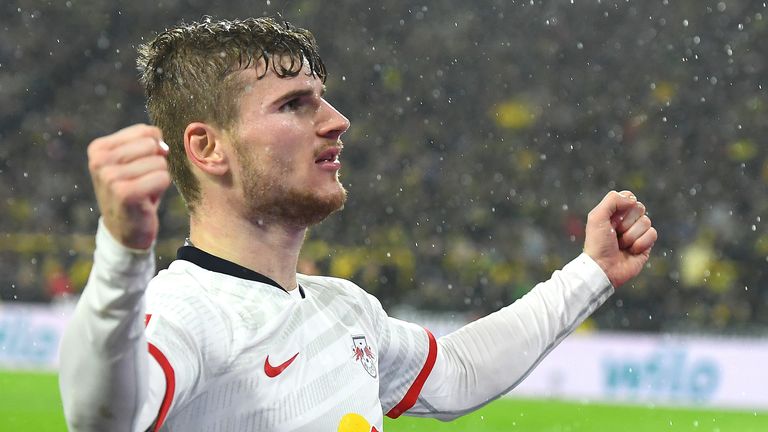 Timo Werner chose to join Chelsea over Manchester United due to the lucrative offer the Blues made to him, according to reports.

Liverpool had been favourites to sign the German and Werner even held talks with Jurgen Klopp over a transfer move to Anfield.


However, the coronavirus crisis has altered Liverpool’s plans and Klopp conceded this week that he couldn’t countenance signing him for £50m while cuts were being made elsewhere at the club.

That opened the market up for Timo Werner and Sky Germany reports United submitted an initial bid for the striker before Chelsea did.


Solskjaer was desperate to sign Erling Haaland in the January window and the fact that they only extended Odion Ighalo’s loan deal, rather than signing him permanently, shows that the Norwegian is keen on signing a long-term central forward.

However, Chelsea quickly made a follow-up bid and offered Werner a larger salary believed to be worth £9.8m-a-year.

That equates to around £200,000-a-week which bettered the salary offer made by Manchester United, leading Werner to choose Chelsea.

Chelsea are one of the few sides that will feel they can vindicate spending big this summer due to the fact that Lampard was prevented from doing so after his appointment due to the two-window transfer ban they were operating under.

11 months ago
Manchester United were forced to cancel a friendly game against Stoke City at their training ground on Tuesday after one player from the Championship side tested positive for coronavirus. Stoke City’s players did not come into contact at any point with United’s team as they were taken to a separate […] 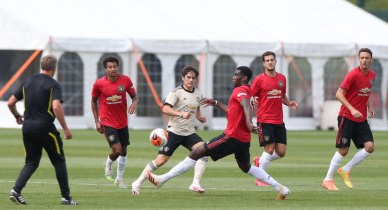