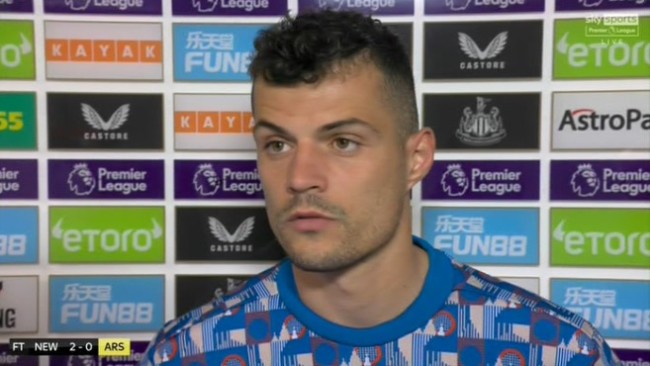 Granit Xhaka slammed his Arsenal teammates after their 2-0 defeat to Newcastle put them on the brink of missing out on Champions League.

Tottenham are now in the driving seat to finish fourth position in the Premier League as Mikel Arteta’s side delivered a poor performance at St James’ Park.


Ben White’s own goal gave Eddie Howe’s side the lead in the 55th minute before Guimaraes scored with five minutes left to seal the win for the hosts.

Arsenal now need Tottenham to lose to Norwich City on the final day of the campaign on Sunday to stand any chance of finishing fourth.


But Xhaka says Arsenal ‘do not deserve the Champions League or the Europa League’ following their display against Newcastle and has told his teammates to ‘stay at home’ if they can’t play under pressure.

‘We wanted to have a big game but it didn’t happen,’ Xhaka told BBC Sport. ‘It’s so difficult to find the right words. If you don’t listen to the coach and do your own stuff, it doesn’t work.

‘People speak always about leaders. We’re not playing tennis, we’re playing football. If someone is not ready for this pressure, stay at home. You can’t come here and play like this. We looked very bad today. The game plan was totally different. We played a totally different game.

‘They were running us over from the first minute to the 96th. When you play like this you don’t deserve to play in the Champions League.

In another interview with Sky Sports, Xhaka added: ‘It’s difficult to find the right words. From the first minute to the 90th, we didn’t deserve to be on the pitch today.

‘I can’t explain to you why. We didn’t do what the game plan was, not listening to the coach.‘What happened was a disaster performance. You don’t deserve to play Champions League or even to play Europa League.

‘It’s very hard to take it at the moment. I don’t know why we’re not doing what the coach is asking of us.

‘We need people who have the balls, sorry to say that, to come here and play, this game is one of the most important games for us.’

9 months ago
Rio Ferdinand has argued that Manchester United forward Cristiano Ronaldo is more deserving of a nomination for Player of the Year than Arsenal star Bukayo Saka. Last week, the Premier League nominees for the Player of the Year award were finally announced. Mohamed Salah, Trent Alexander-Arnold, Jarrod Bowen, Joao Cancelo, […] 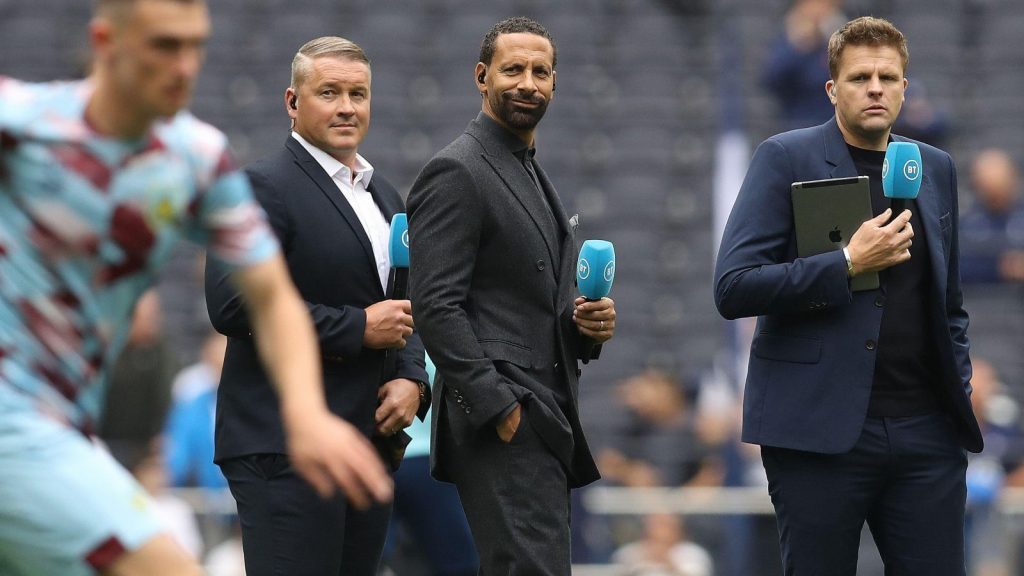