Chelsea have spoken to Slavisa Jokanovic about taking over from Antonio Conte as manager at the club, according to reports in Italy.

Maurizio Sarri was the favourite to take over from Conte at Stamford Bridge but negotiations have broken down with Napoli due to concerns about his past behaviour.

According to reports, Luis Enrique is now in pole position for the job, with some reports even claiming that Chelsea are willing to unveil the former Barcelona boss in the coming days.


However, according to Gianluca Di Marzio, Fulham boss Slavisa Jokanovic has emerged as a possible managerial target for Chelsea.

Jokanovic, who helped Fulham to the Premier League with a playoff final win over Aston Villa, held a meeting with Chelsea on Friday.

The 49-year-old will hold further talks with Chelsea on Saturday but his relative inexperience makes him an outsider for the managerial job.

Roman Abramovich knows Jokanovic well from his time as a player at Stamford Bridge and the both of them have been negotiating in Russian.


Chelsea are still yet to resolve Conte’s situation at the club, with the Italian set for a £9million compensation payout should he be sacked by the blues.

Laurent Blanc and Avram Grant are among the other individuals on the club’s shortlist to replace Antonio Conte.

Mikel Obi hits out at Conte over lack of respect

Sun Jun 3 , 2018
John Obi Mikel has accused Chelsea manager Antonio Conte of showing a lack of respect as he was forced towards the exits at Stamford Bridge in 2016. The Nigeria international had spent a decade at Chelsea when another change in the dugout brought Antonio Conte to west London. Conte quickly […] 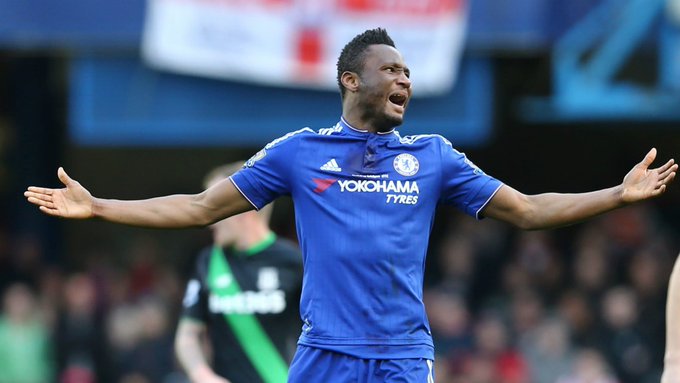