Juventus head coach Massimiliano Allegri slammed his player Douglas Costa for spitting in the mouth of an opponent.

Costa was shown a straight red card in the game against Sassuolo when he clashed with Federico Di Francesco, and appeared to spit in his mouth.

Images of the incident have sparked an angry  reaction from fans and pundits alike, and Costa now faces a lengthy ban for this conduct.


Allegri condemned the player’s behavior after the 2-1 victory, insisting the act was unacceptable.

‘Maybe he was irritated at a foul before, but it doesn’t matter, because this absolutely must not happen. The one thing we must avoid doing is falling for provocation,’ Allegri told Sky Italia.

‘We could’ve scored a third goal, but instead we started to play as individuals, we tried to dribble past everyone, this wound up the opposition, who then reacted badly and you get to situations like Douglas Costa.

‘You just had to see the first three games and how close Ronaldo went to scoring. Again today, he was a little too hasty and eager to score, but it bounced off the post and right into his path. That unblocked him.’


A brace from Cristiano Ronaldo, the 33-year-old’s first goals for Juventus, ensured a win for his club and a fourth win in a row.

But the victory will be marred by Costa’s misbehavior who elbowed Di Francesco before getting into the exchange.

The two players had clashed throughout the match, and Costa was sent off when things escalated.

Mon Sep 17 , 2018
Eric Bailly is reportedly prepared to leave Manchester United if he continues to be left out of the team by Jose Mourinho. The defender believes Mourinho blames him for the embarrassing loss to Brighton and Hove Albion, and has played only two minutes since that 3-2 defeat. Bailly was signed […] 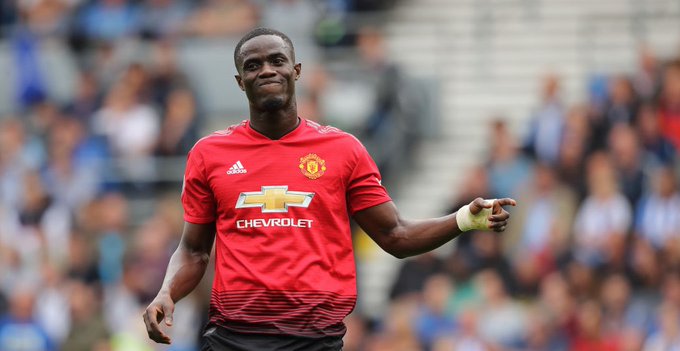