Eric Bailly is reportedly prepared to leave Manchester United if he continues to be left out of the team by Jose Mourinho.

The defender believes Mourinho blames him for the embarrassing loss to Brighton and Hove Albion, and has played only two minutes since that 3-2 defeat.

Bailly was signed from from Villarreal in a £30milllion transfer with the huge expectation he could add some consistency to United’s back line.


But, Mourinho has changed his defence this campaign as he continues to search for the best centre-back partnership, and the Mirror claim Bailly is now looking to leave as he weighs up his options.

Should Bailly push for a move, Tottenham and Arsenal are tipped to move for the Ivorian.

Spurs boss Mauricio Pochettino watched Bailly in action when he was still playing in Spain and would be keen to bring him to Tottenham.

Bailly could leave as soon as January if he continues to sit on the bench for United, While Victor Lindelof was recalled to the start against Burnley, Bailly has watched from the sidelines since the Brighton defeat.

Bailly has two years left on his current contract, but is concerned about falling down the pecking order at Old Trafford.


However, Bailley should find solace in that previously out of favour players like Luke Shaw have managed to fight their way back into Mourinho’s good books.

Ben Foster: De Gea is the Messi of goalkeepers

Mon Sep 17 , 2018
Manchester United star David De Gea is the Lionel Messi of goalkeepers, according to Watford goalie Ben Foster. De Gea is regarded as the one of the best keepers in the world – produced another amazing performance as United defeated Watford 2-1 in the League on Saturday. The Spain international, […] 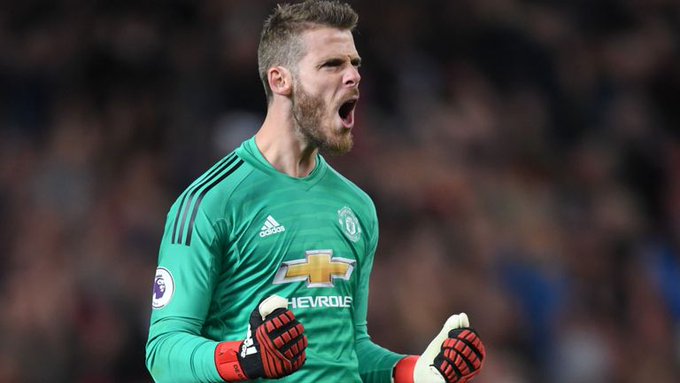