Manchester United are willing to let Eric Bailly join Premier League rivals Arsenal this summer window if they can recoup the £30million they paid for the defender.

The Ivorian joined United in 2016 from Villarreal as Mourinho’s first signing at the club and his form was superb during an impressive debut season.


However, injuries and a drop in form has seen Bailly fall down the pecking order at Old Trafford and the 25-year-old is questioning his future at the club.

Ole Gunnar Solskjaer has failed to settle on a particular centre-back partnership since taking over from Jose Mourinho and Bailly’s injury problems is certainly not helping matters.

While Bailly possesses main of the traits Solskjaer wants in a central defender, his injury record makes him unreliable to partner Victor Lindelof.


Arsenal have been alerted to Bailly’s availability and are ready to test United’s resolve to keep the Ivorian in the summer as the search for a long-term replacement for Laurent Koscielny continues.

Solskjaer won’t block Bailly’s exit and though the club would prefer the defender moved abroad, the Norwegian is willing to let him join a direct rival.

United want to recoup the £30m they paid to sign Bailly almost three years ago and the club expect clubs in Spain to compete with Arsenal for his signature.


The Red Devils feared a knee injury sustained by Bailly during a draw against Chelsea last month would rule the defender out for six months but he is expected to return for pre-season.

Sat May 11 , 2019
Eden Hazard jokingly replied ‘where’s the pen?’ when asked by a Chelsea supporter to sign a new deal at the club’s end-of-canpaign awards night on Friday. It was a clean sweep for the Belgium international as he won Chelsea’s Player of the Year, Players’ Player of the Year and Goal […] 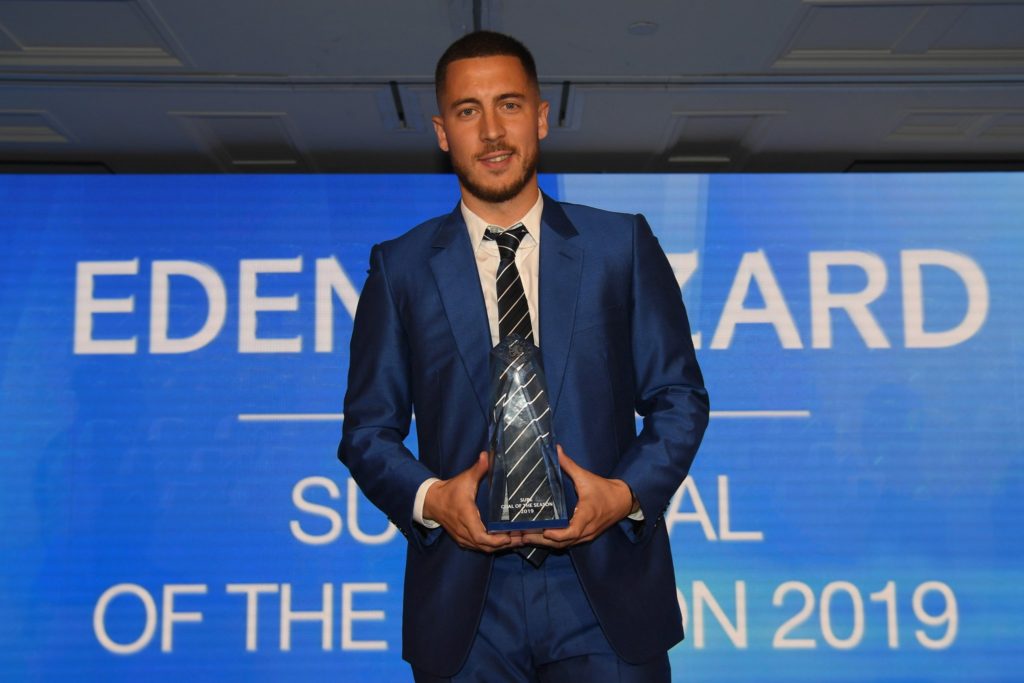