Eden Hazard jokingly replied ‘where’s the pen?’ when asked by a Chelsea supporter to sign a new deal at the club’s end-of-canpaign awards night on Friday.


No player in Chelsea’s history has ever won all three awards in a single campaign and it could be a lovely end to Hazard’s time at Stamford Bridge with a possible move to Real Madrid on the cards.

Chelsea fans want Hazard to stay and one fan made his opinion known at the club’s awards ceremony at the Royal Lancaster hotel in London.

After collecting his Player of the Year award, Hazard gave a short interview on stage but before he could say anything, one fan shouted out: ‘sign the contract’. Hazard smiled and replied: ‘where’s the pen?’.

Meanwhile, Maurizio Sarri admits he will not be able to keep Hazard if he is interested in joining Madrid this summer window Chelsea.


‘I don’t know. If Hazard is thinking that the history here is finished, then in his mind it is finished,’ said Sarri.

‘I can try to speak to him but it is not easy. It’s not easy because of course, I want Hazard, but I want Hazard with a very high level of motivation.

‘As you know you have to ask the club because I am not in control of the market.

‘I am not in charge of the renewal of the contract so I am not able to answer. I can only speak to the player but like a father, not like a manager.


‘Also if I speak to him, I will not tell you anything. It’s a discussion between a father and a son.’

Sat May 11 , 2019
Manchester United have confirmed that Ander Herrera will be leaving the club this summer window after five years at Old Trafford. Rumours of interest from Paris Saint-Germain have been going around for some time as the 29-year-old entered the final year of his deal with the Red Devils. The midfielder is yet to […] 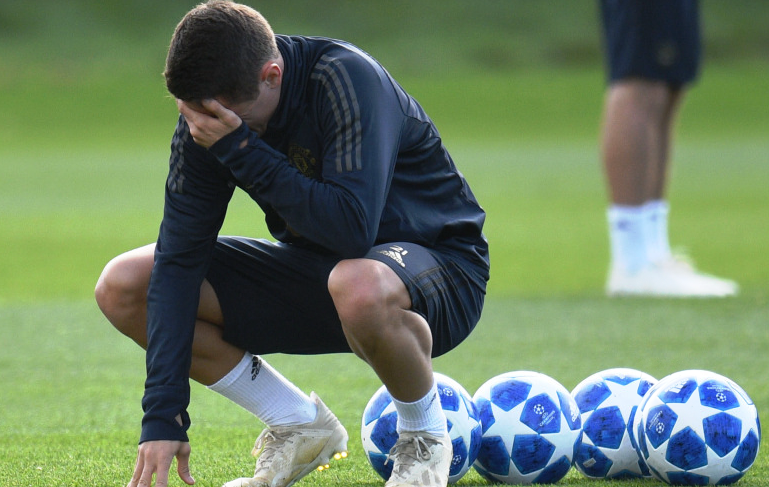