Antoine Griezmann admits it was difficult to reject a move to Barcelona but insists he feels “love” at Atletico Madrid.

The France star was heavily linked with the Barca before the World Cup but revealed in June he would be staying at Atletico through a video message entitled ‘The Decision’ .

Griezmann agonised for some time over his future, with Barca reportedly ready to pay his £89m release clause in order to add him to their attack.


However, the 27-year-old is confident he made the right decision, telling L’Equipe: “It’s like when you get love at home. You’re not going to go anywhere else.

“At the club, they’ve done everything to make me feel good, including efforts to sign important players and create a great team.

“I feel like the base, or the most important piece of the puzzle. That’s what made me stay.

“It’s hard to say no to clubs like Barca but, really, I’m fine here. It’s my home and I want to do something great.”


Atleti then lifted the UEFA Super Cup after a 4-2 victory over Real Madrid , putting the forward in a firm position to challenge for the Ballon d’Or, even though he was overlooked for the three-man shortlist for The Best FIFA Men’s Player award.

While he expects Cristiano Ronaldo and Lionel Messi to be his main rivals for France Football’s coveted prize, Griezmann believes 2018 could be his year.

“We know Messi and Cristiano will be there,” he said. “From the last 16 of the Europa League and the quarter-finals of the World Cup, I think I was an important player. I was always present in key moments. So, this year, I have a small part to play.”

Kylian Mbappe is widely considered a future candidate for the Ballon d’Or and Griezmann agrees his France team-mate is a huge prospect.


“He’s good, very good. He can become very, very strong,” he said of the Paris Saint-Germain forward. “His runs are only towards goal; he has already started to do it early in the season.

“If he is less stuck to the wing and in a position to score, with more and more experience, he can score fifty goals per season.”

Sat Sep 8 , 2018
Alphonse Areola was desperate to join Chelsea this transfer summer, according to their goalkeeping coach Christophe Lollichon. The Paris Saint-Germain goalie was reportedly the subject of interest from Chelsea before the club spent a world record transfer fee on bringing Kepa Arrizabalaga to Stamford Bridge. Chelsea needed a replacement for […] 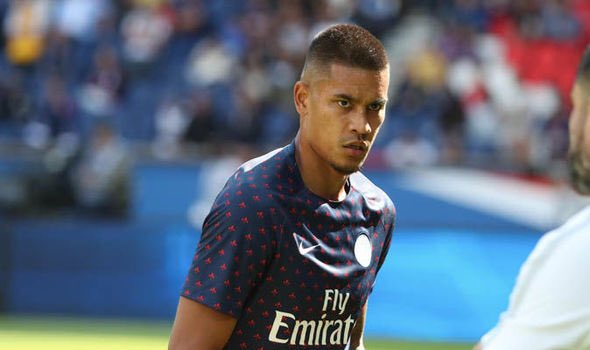