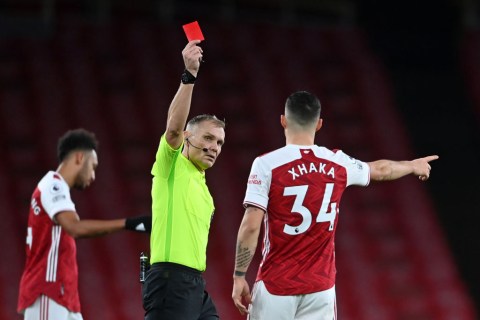 Arsenal head coach Mikel Arteta was critical of Granit Xhaka after claiming the midfielder cost his team a win against Burnley.

The Gunners dominated the game for an hour before the Swiss international was shown a straight red card for grabbing Ashley Westwood by the throat.


And, Pierre-Emerick Aubameyang headed the ball into his own net fifteen minutes later, consigning the club to their fourth straight defeat at home in the Premier League this season.

The defeat means the gunners have only 13 points from their first 12 games and Arteta couldn’t hide his anger at Xhaka after the 1-0 defeat to Burnley.

‘You saw the performance of the boys, how much they wanted it, the way they played, the chances we created, the dominance we had throughout the game,’ said Arteta.

‘Again, we throw the game away by giving a silly red card & we lost the game. ‘You saw what happened the other 60-70 minutes, we had total control of the game & we should have won it earlier.’


In his press conference, the Arsenal manager went further on the player’s mistake by saying he cost his team. ‘He’s made a mistake clearly that is going to cost us,’ said Arteta.

‘The way the game was going the dominance we had we were performing it’s a game you clearly have to win. And with ten men obviously it makes it much more difficult and you give the opponent a chance and you end up losing on a set piece.


‘There is another action with Mo that I haven’t seen but looks similar. We cannot make that mistake because that’s the wrong approach to what we are trying to do.’

“But again, we lost the game. We gave the opponent a chance and they scored.”

Mon Dec 14 , 2020
Manchester United midfielder Bruno Fernandes has done his bit to calm the speculation over Paul Pogba’s future at the club by backing the Frenchman on Instagram. The 27-year-old’s agent, Mino Raiola, confirmed this week that the player’s time at Old Trafford is ‘over’ and that he wanted to leave the […] 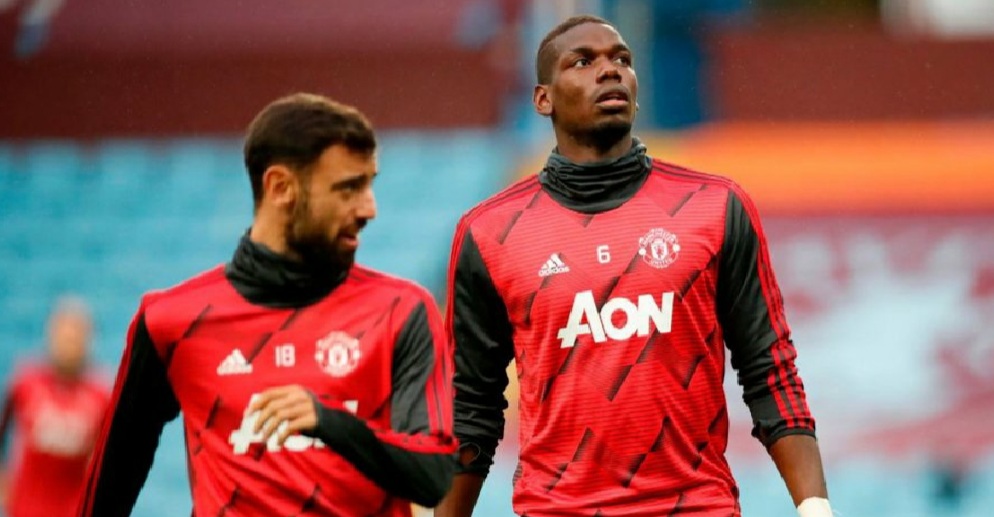