Brazilian winger Bernard has revealed the important role Everton boss Marco Silva played in convincing him to move to Goodison Park despite the offers from Chelsea, West Ham and AC Milan.

The 25-year-old had been a free agent since leaving Shakhtar Donestk at the end of last campaign and had several offers, particularly from the Premier League.


Chelsea had looked into adding Bernard to their squad, and even offered him a contract, but the Brazilian was swayed by the chance of more regular football under Silva at Everton.

‘I chose Everton because of all the things I’d heard about Marco Silva and because Everton is a club with a lot of tradition,’ Bernard told the club’s official website.

‘They are historically among the four most successful clubs in England and when I found out about the club and what the manager wanted from me, I was happy.


‘That’s really why I made the choice – because of the confidence both the manager and the club showed in me.’

Asked about his chat with Silva, he continued: ‘I did not need a lot of convincing. Everton is a great club with a great tradition and with all of these factors in place, it was my choice.

‘The manager made me feel confident I wanted to play here because of what he’s done in the past. He is a great coach, he has gone great things. And Everton is a club with a great structure.


‘Marco’s words helped me a lot because having a coach who believes in his ideas is important. But I was also convinced Everton could improve me and that I would be able to show my best as a player here.’

Fri Aug 10 , 2018
Jurgen Klopp has revealed that summer signing Fabinho has picked up an illness ahead of Liverpool’s Premier League opener against West Ham. Fabinho completed a £39million transfer from Monaco to Merseyside at the end of May and the 24-year-old has got some minutes under his belt for Liverpool in pre-season. […] 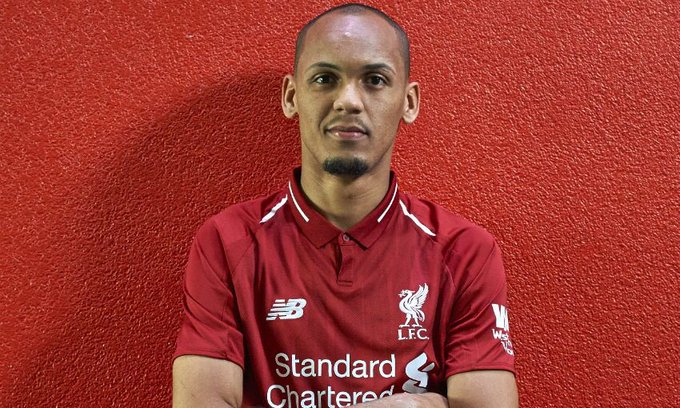