John Terry believes Jose Mourinho ’s Manchester United team are struggling in the Premier League due to a lack of characters in the dressing room.

Mourinho has spent over £300million in just over two years in an attempt to bring United back into Premier League title-winning contenders.

United finished 19 points adrift of champions Manchester City last campaign and look unlikely to close the gap this time around having failed to make an impact in the transfer window and lost two of their opening four league matches.


And Terry, who enjoyed the most successful period of his club career under Mourinho at Stamford Bridge, believes there are not enough leaders in the United team.

‘At every club he has had big characters and I’m not sure he has that at Manchester United at the moment. At Chelsea, he did,’ Terry told the Daily Mail.

‘You have to stand up and turn up at training every day and show him that you want to win at all costs. If you’ve got that, he’s 100 per cent on your side.

‘I do think he’ll bring success to United, but it needs patience.


‘My top three for this season will be decided between City, Liverpool and Chelsea. That leaves United and Spurs fighting for fourth.’

Mon Sep 10 , 2018
Zinedine Zidane has fuelled speculation that he could be in line to replace Jose Mourinho at Manchester United by revealing that he plans to return to management “soon”. The Frenchman has been out of coaching since leaving Real Madrid at the end of the 2017-18 season. Zidane walked away from […] 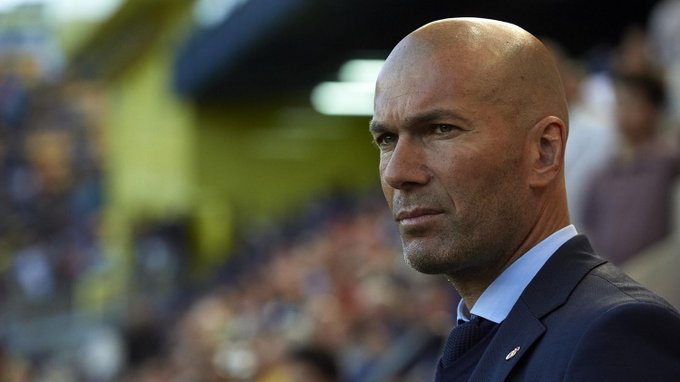