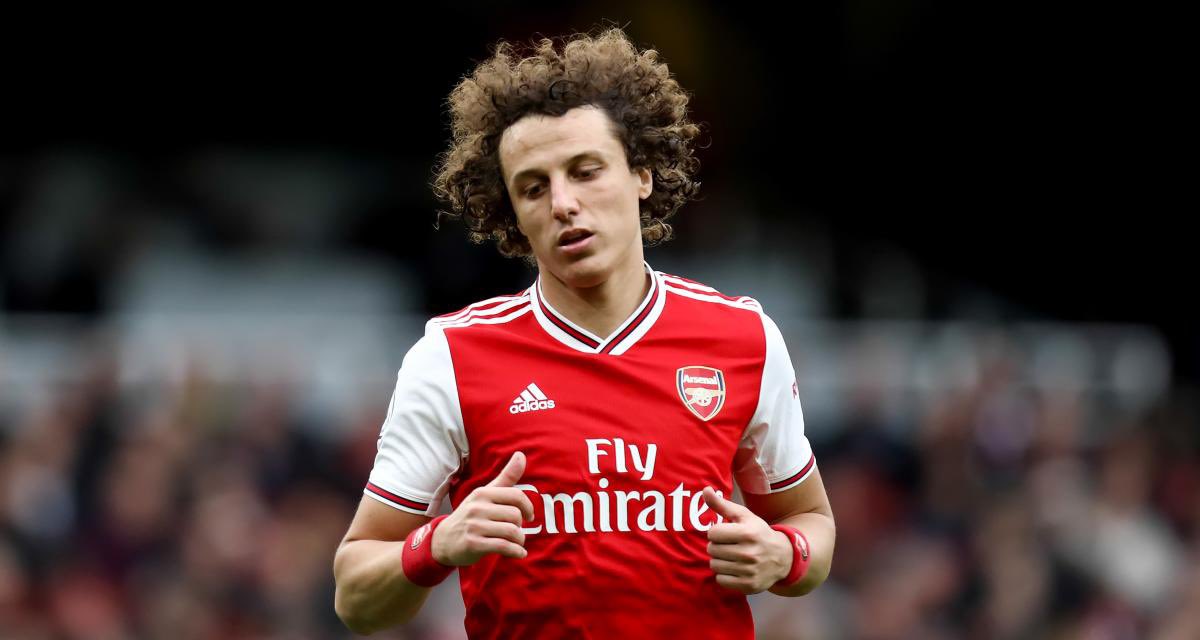 David Luiz has reiterated his desire to move back to Benfica amid speculation he could leave the Emirates after less than 12 months at Arsenal.

The 33-year-old defender was deemed surplus to requirements by Frank Lampard last summer after the duo fell out during pre-season.


Luiz subsequently signed for the Gunners on transfer deadline day in an £8million deal and, after a hard spell under Emery, he has emerged as an important figure in Mikel Arteta’s rejuvenated team.

The Brazilian signed an initial one-year deal with an option to extend for another campaign, but Arsenal are yet to begin discussions over activating that clause.


Luiz has played in 10 Premier League games since Arteta took over in December and his natural authority, allied to his composure on the ball, have proved very useful.

Arteta is said to be keen to retain the services of the defender but in an interview with Portuguese outlet Record David Luiz again stated his desire to return to Benfica.

He said: ‘I have already spoken with (Luiz Filipe) Vieira. It will happen if the President permits it and fans want me back.

‘To be able to wear that jersey again and enter the stadium is worth more than many trophies. Benfica doesn’t deserve me to come back without helping.’

Arsenal’s defensive record has improved ever since Mikel Arteta took over Emery, but the former club captain is said to be ready to listen to offers for three of his current centre-backs.

Rob Holding, Mustafi and Sokratis Papastathopoulos are all available for the right fee with William Saliba, who has spent the campaign back on loan at Saint-Etinne, set to compete for a first team spot, something he is ready for, according to his manager Claude Puel.

‘He is ready,’ the current Saint-Etienne boss told The Athletic earlier this week.

‘He is a fantastic player. He is a young player but with a lot of maturity in his play. Also, in his life. He is a player with a good feeling and spirit.

‘It will be hard for us without him but I think it is a fantastic opportunity for Arsenal.’

Juventus to include Rabiot in bid to sign Pogba

9 months ago
Juventus could include Manchester United transfer target Adrien Rabiot as part of the deal to sign Paul Pogba this summer window, according to reports in Italy.  Rabiot is on Solskjaer’s radar as the Red devils boss looks to sign dynamic midfielders to partner January signing Bruno Fernandes in the midfield after the Portuguese’s good start to […]